If you like your sightseeing to be free from crowds and queues then here’s the answer: hurry on down to Armenia. There is plenty to see and do, yet tourists are relatively thin on the ground - the secret’s still yours for the keeping. Big on character but short on distances, it’s easy to cram a lot into a short holiday to this breathtakingly beautiful nation.

Armenia is modernising: Yerevan is the centre of the country’s cultural scene and the arts are nurtured here alongside the cafe culture that defines its leisure time. But mediaeval Armenia refuses to take a back seat to progress. Its myriad monasteries, temples and castles fill the pages of UNESCO’s listings and vie for a share of the attention.

Almost every one of them has a natural backdrop worthy of the world’s best cinematographers. From deep ravines cut by ancient rivers to the glittering waters of Lake Sevan, water plays a major part in Armenia’s landscapes, but with around 90% of the country standing 900 metres or more above sea level, it’s the dramatic mountain scenery that will leave the lasting impression.


Some facts about Armenia

Situated on the southern slopes of the Lesser Caucasus, Armenia is a mountainous country with much of its land lying over 900 metres above sea level. Its highest peak is Mount Aragats, not to be confused with Mount Ararat in nearby Turkey but which can be seen from Yerevan, a dormant volcano standing 4090 metres tall. The landscape is characterised by deep river gorges and ravines, with monasteries clinging to the edges of steep valleys. Many of Armenia’s indigenous mammals are endangered, including brown bears, mouflon, wild goats and leopards, though you’ll perhaps spot hares and foxes. In spring and summer, a carpet of wildflowers adds colour to an already exquisite beauty. In the east, you’ll find the country’s largest lake, Lake Sevan.

The painting of illuminated manuscripts is the great contribution Armenia made to the world’s art history. Elaborate depictions of the four gospels or the Book of Genesis were created to aid worship.  Ancient manuscripts can be viewed at Matenadaran, Yerevan’s manuscript library. Folk music is a deep-seated tradition and many restaurants feature live performances in the evening. Instruments such as the oud, tarr, kemenche and duduk give it a distinctive sound. Traditional dances include the Mom Bar, originating from Lake Sevan. Typically the Mom Bar is performed at weddings, where it is the last dance and the ritual extinguishing of candles is the signal for guests to grab their coats and head home.

Many of Armenia’s signature dishes feature lamb as the meat ingredient.  The most popular variations are to serve it grilled as shashlik on flat bread called lavash, or to cook it down into a meaty soup known as bozbash or stew.  Khash is another staple. Often consumed for breakfast and never eaten alone, this thick broth is made from boiled cow’s feet; its strong flavour makes this an acquired taste.  Alternatively, try ghapama: pumpkin stew with rice, apples, cinnamon and raisins. It’s common to begin a meal with a selection of hors d’oeuvres including stuffed peppers, vine leaves bursting with rice and meat, pickled vegetables and cooked meats.  Fruit is plentiful in Armenia. Apricots are ubiquitous and delicious, but other fruits such as peaches, cherries, apples and pears also grow well in the fertile volcanic soils. 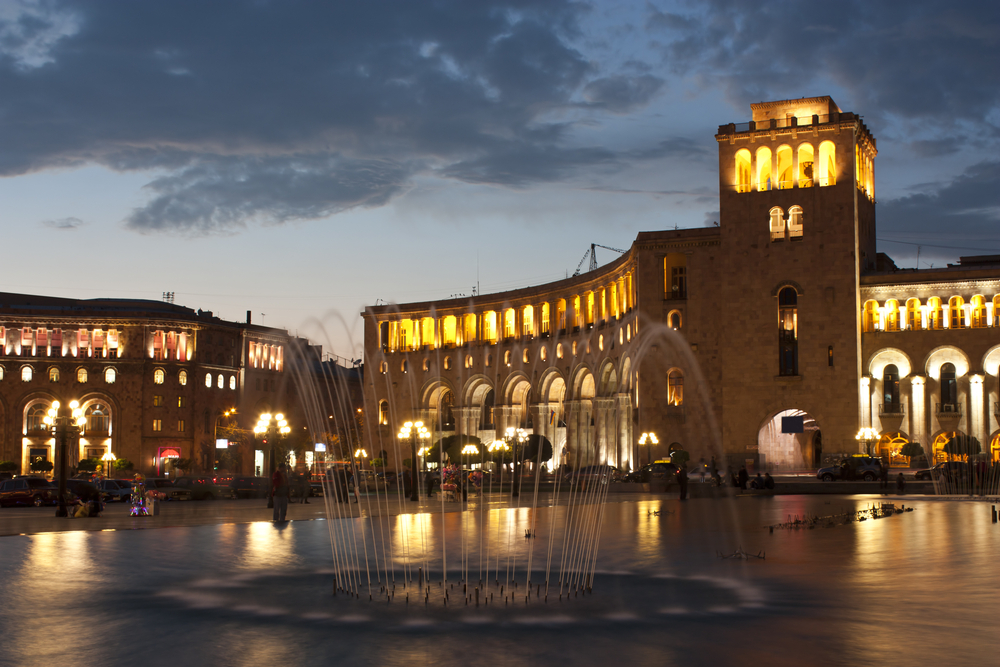 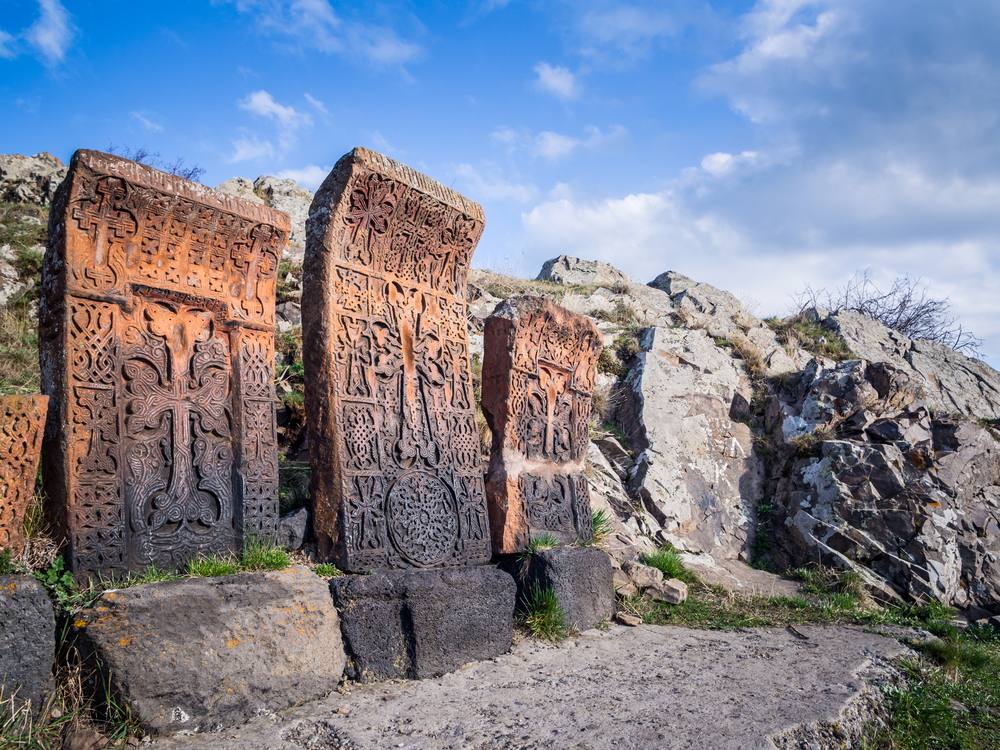 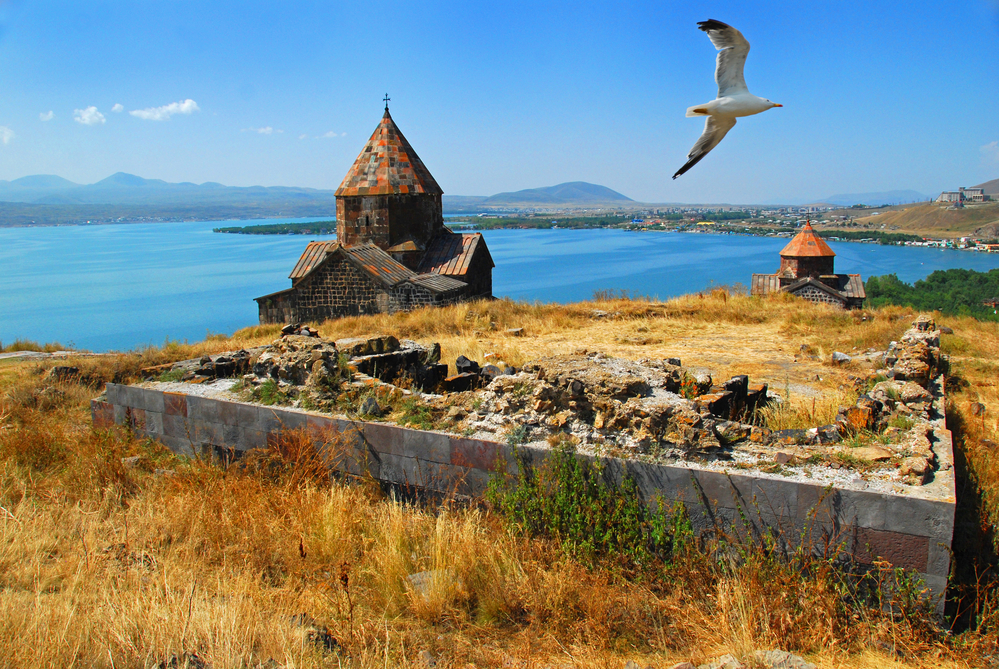 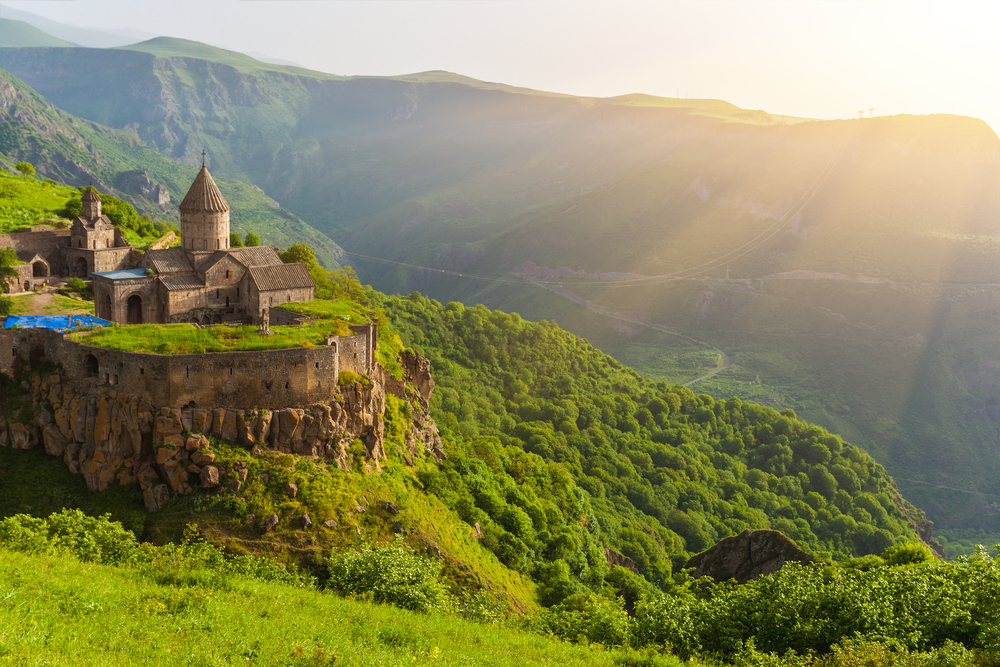 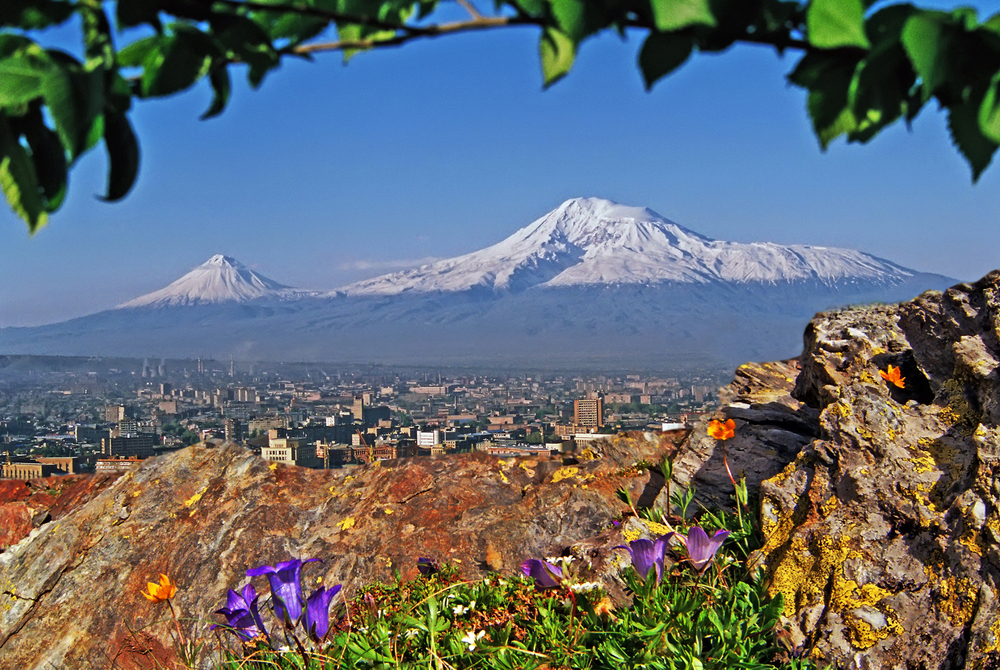 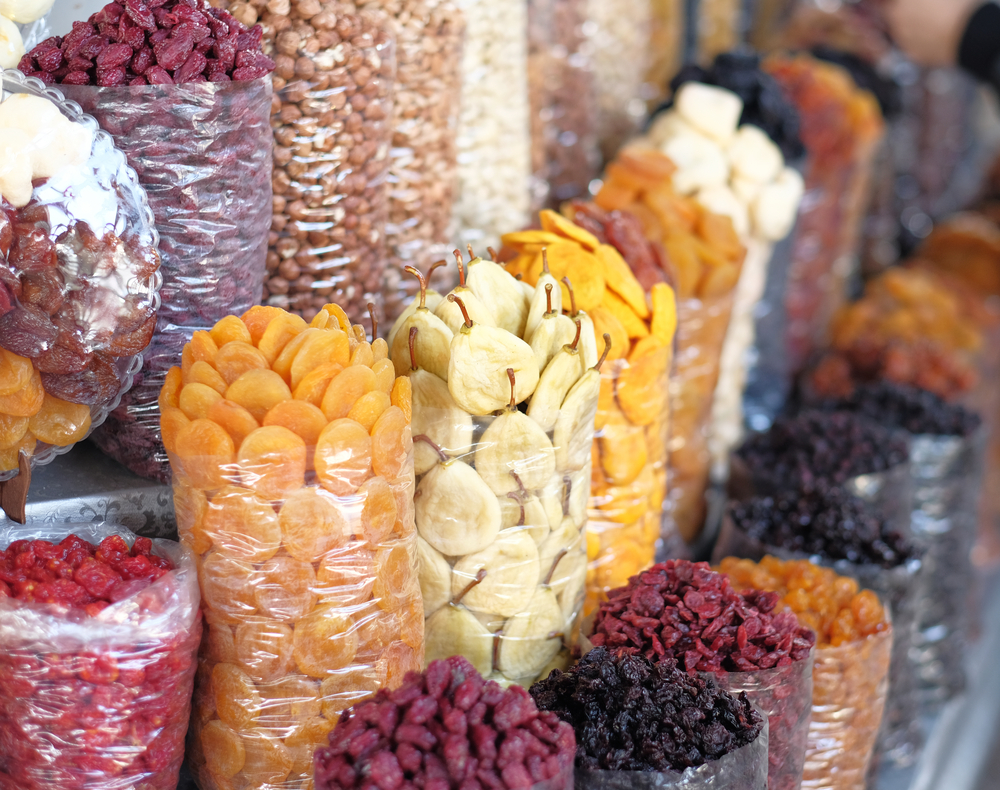 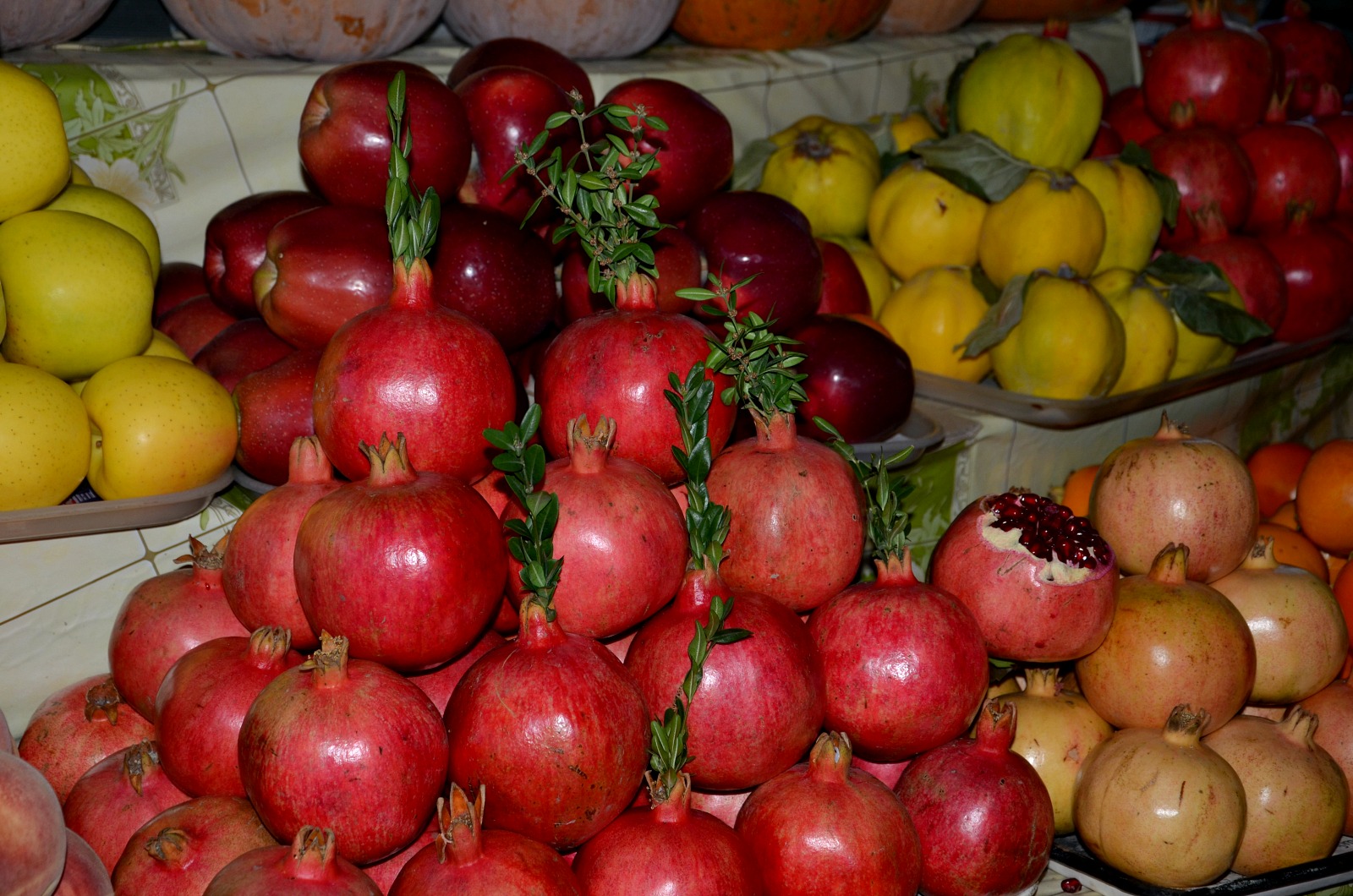 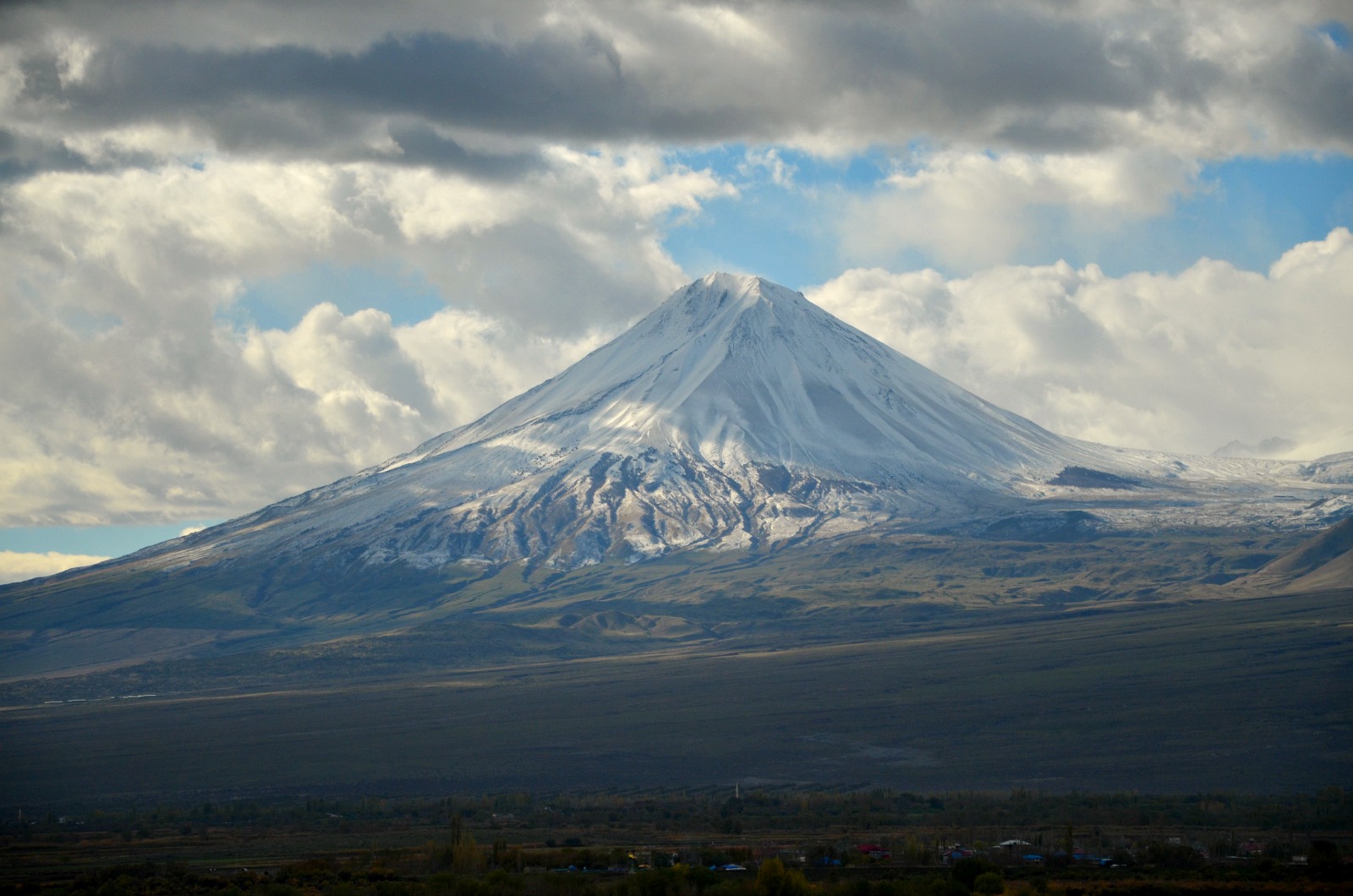 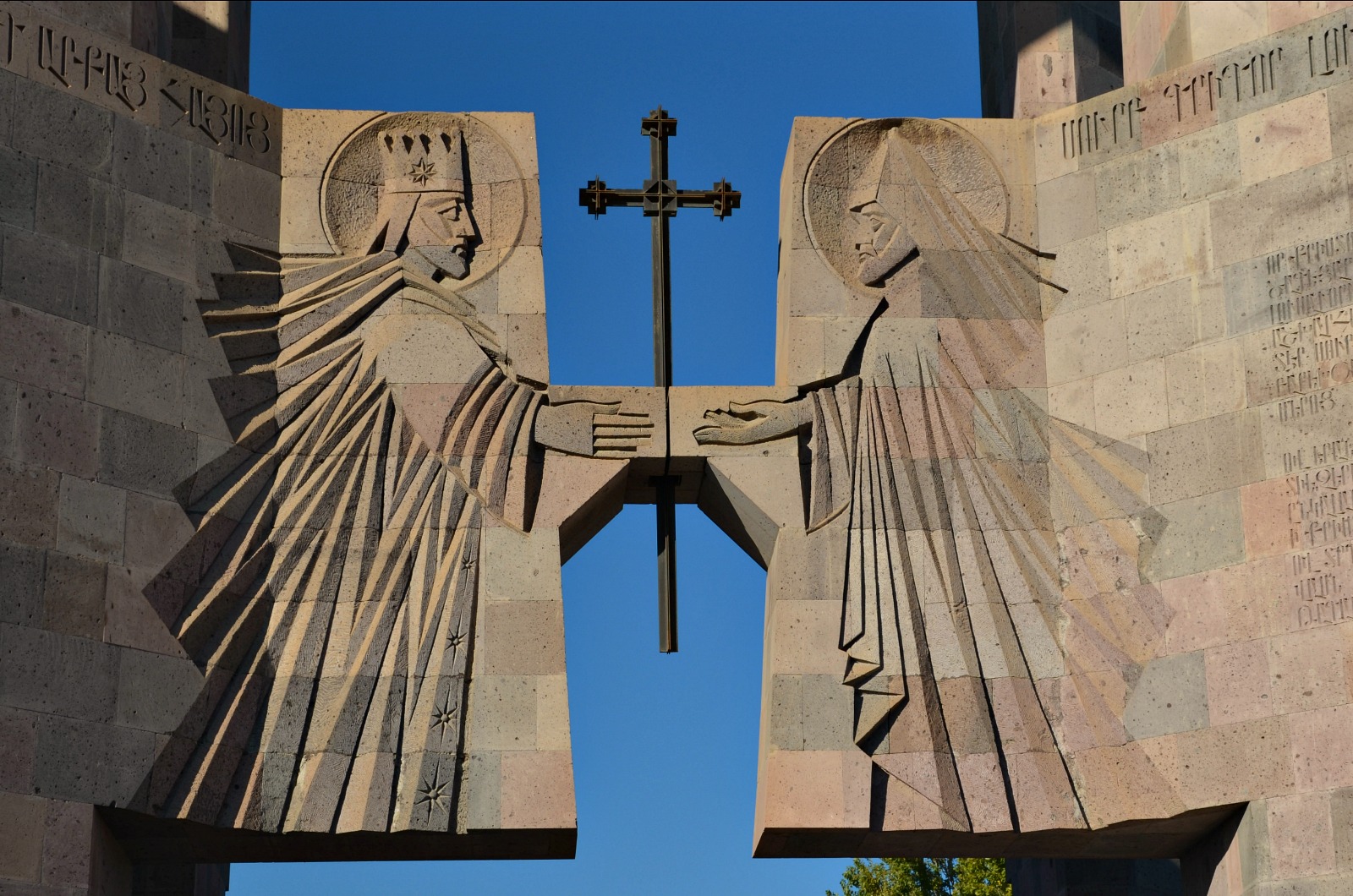 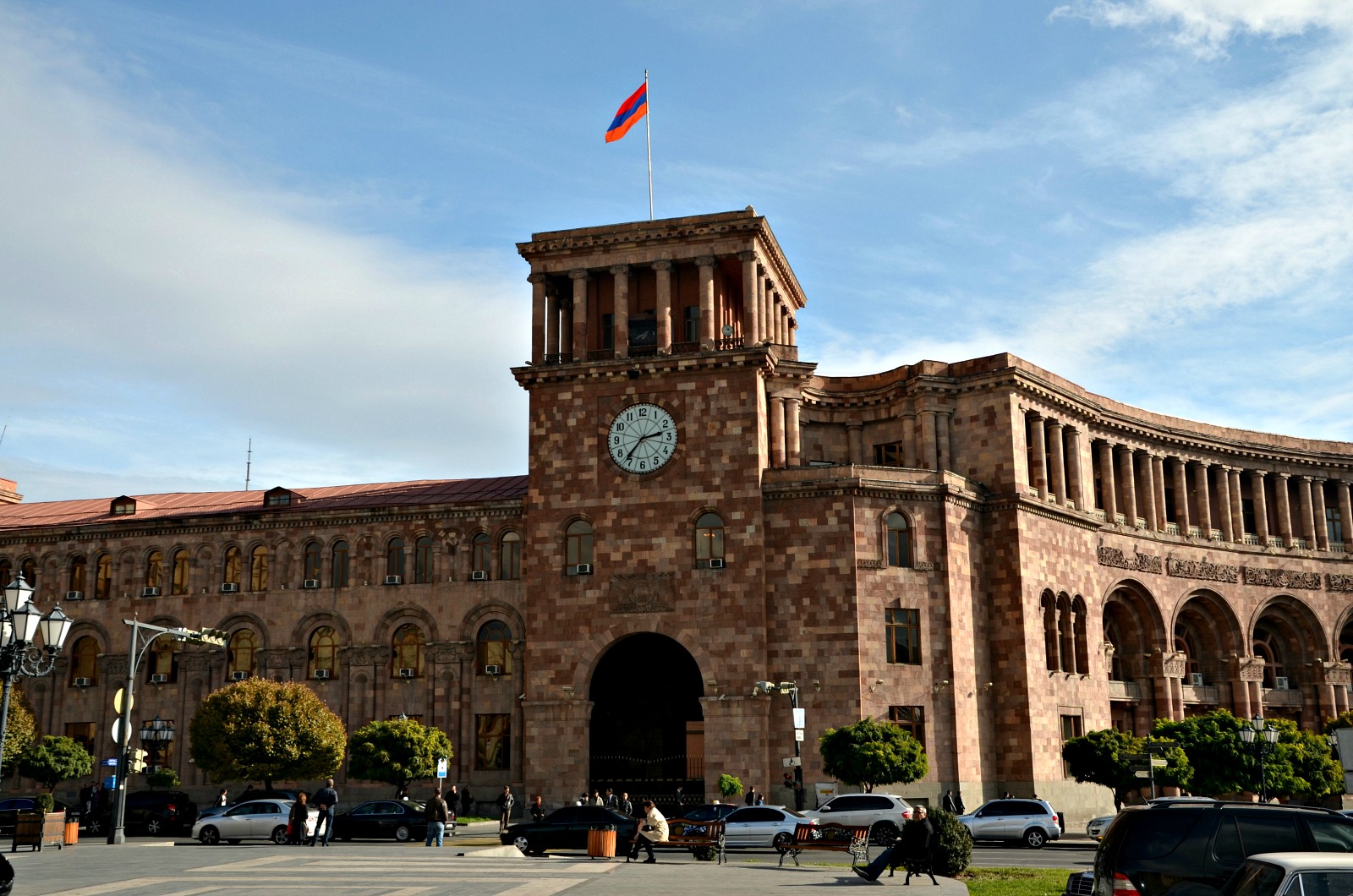 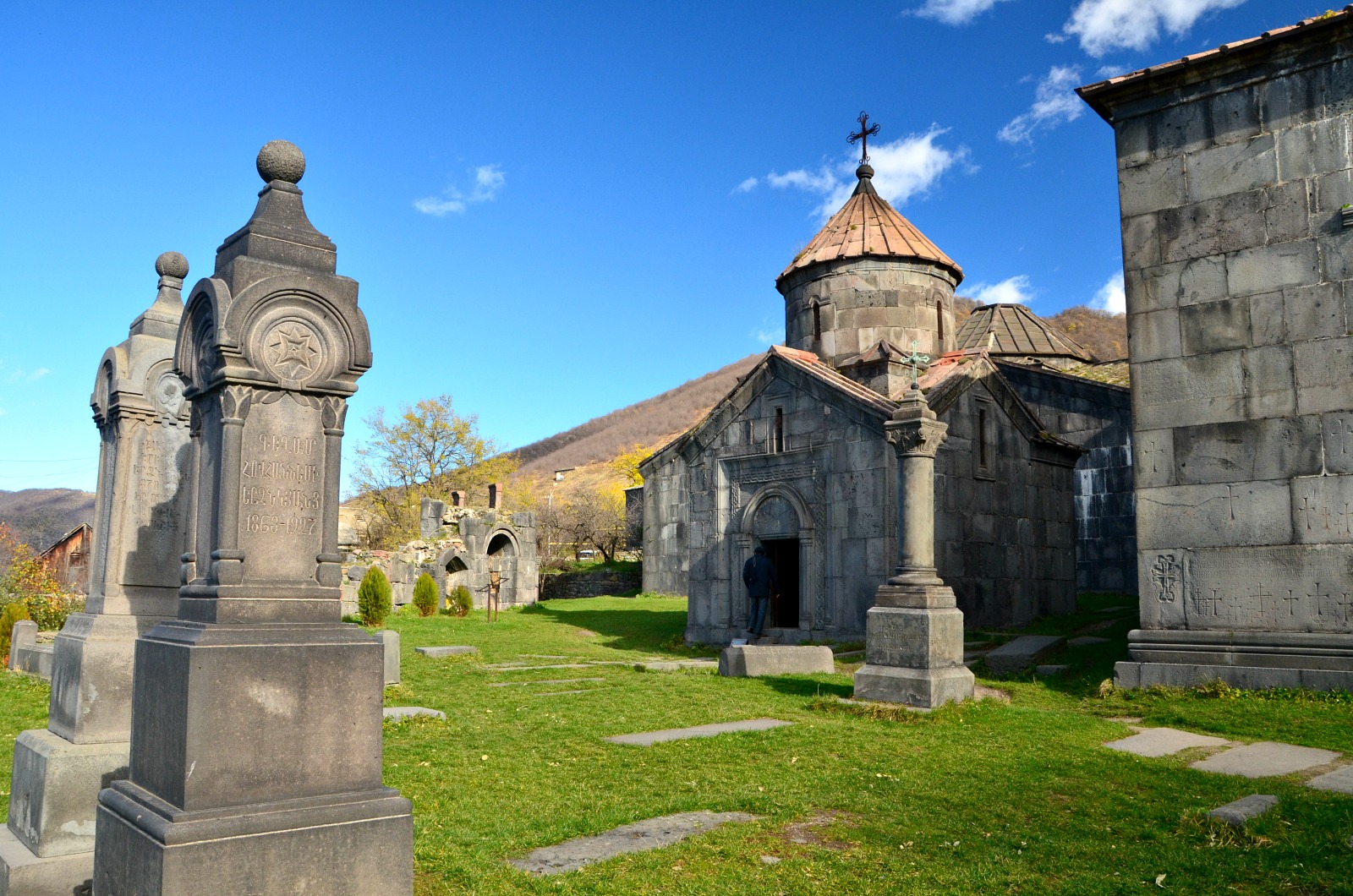 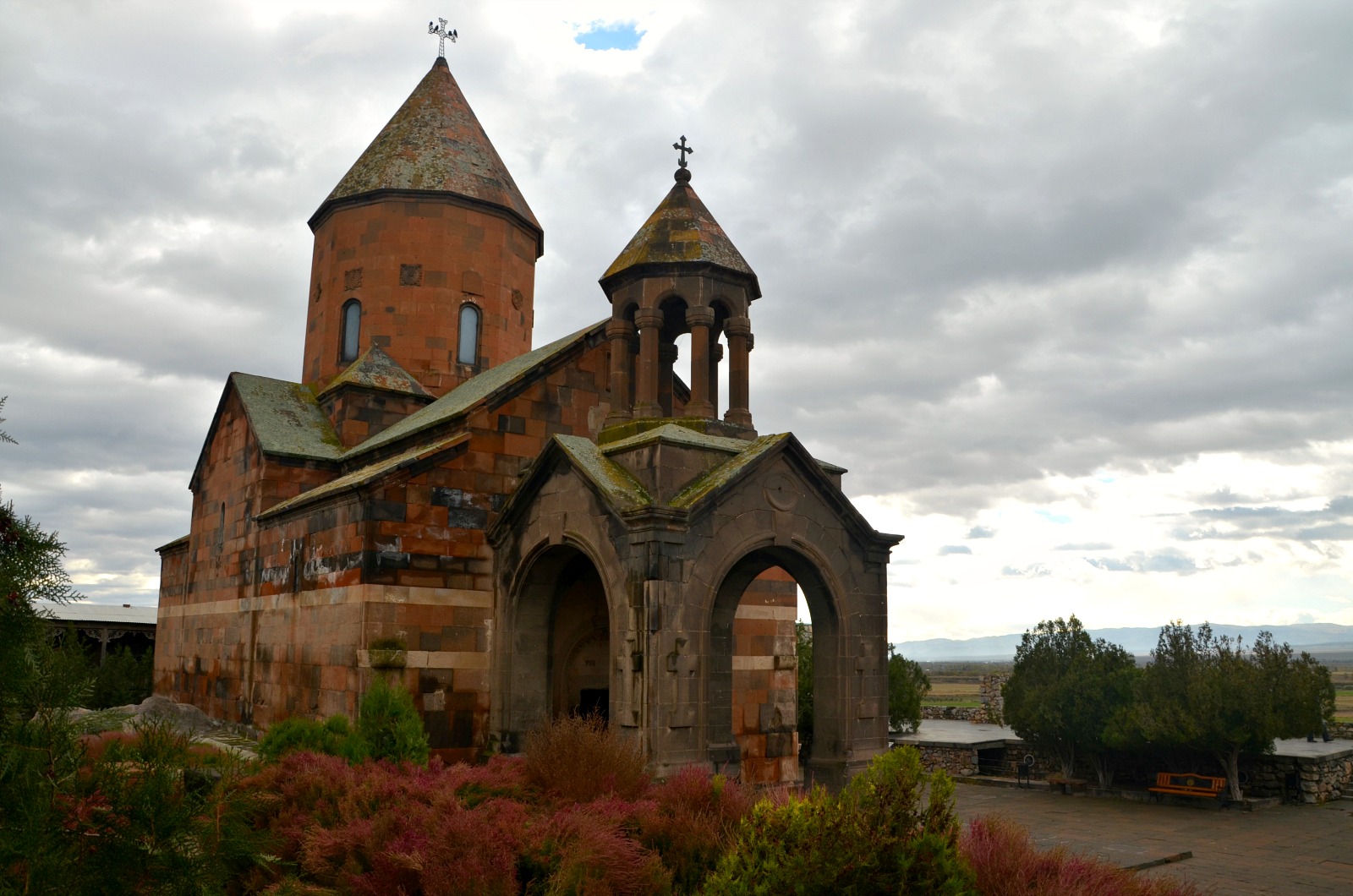 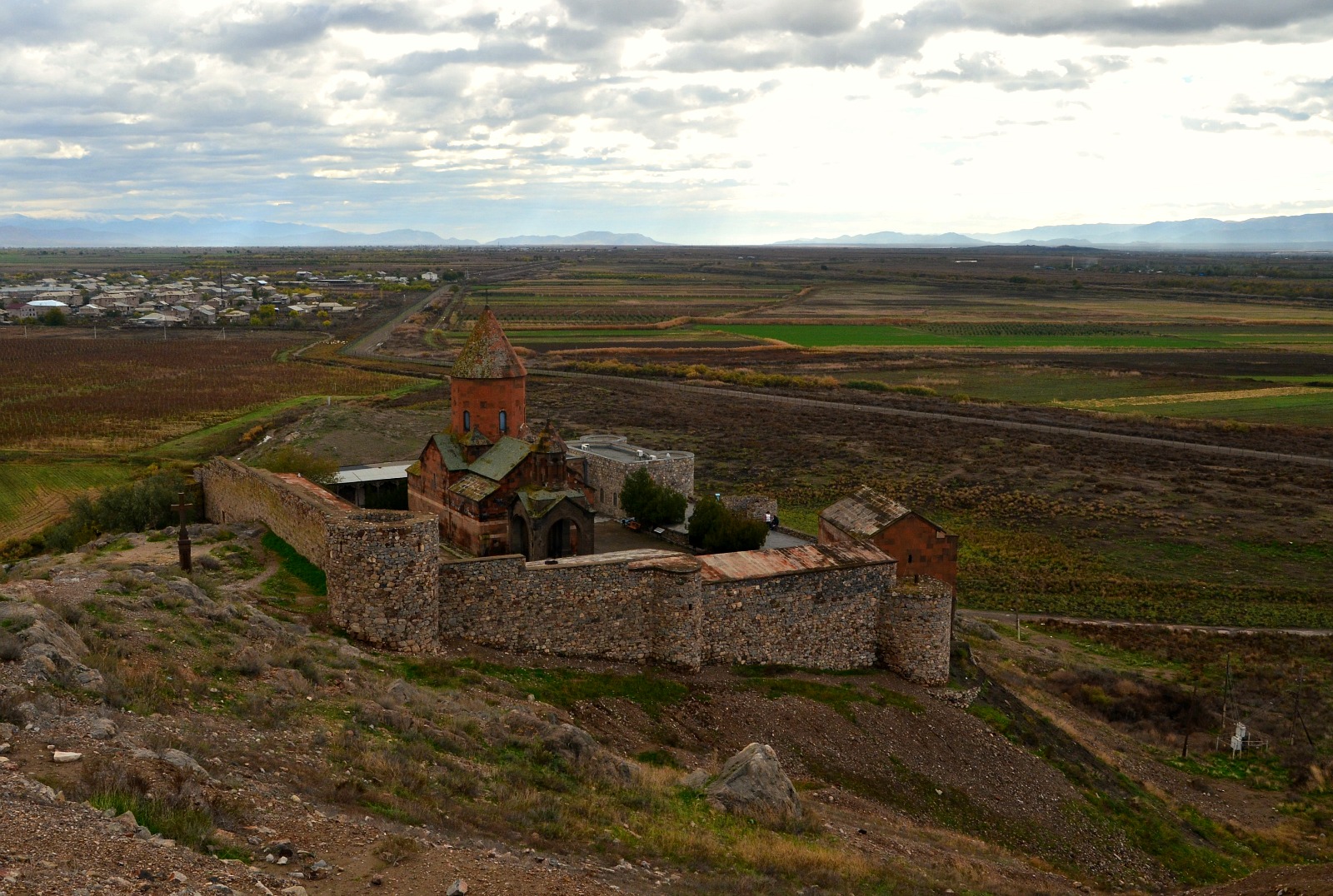 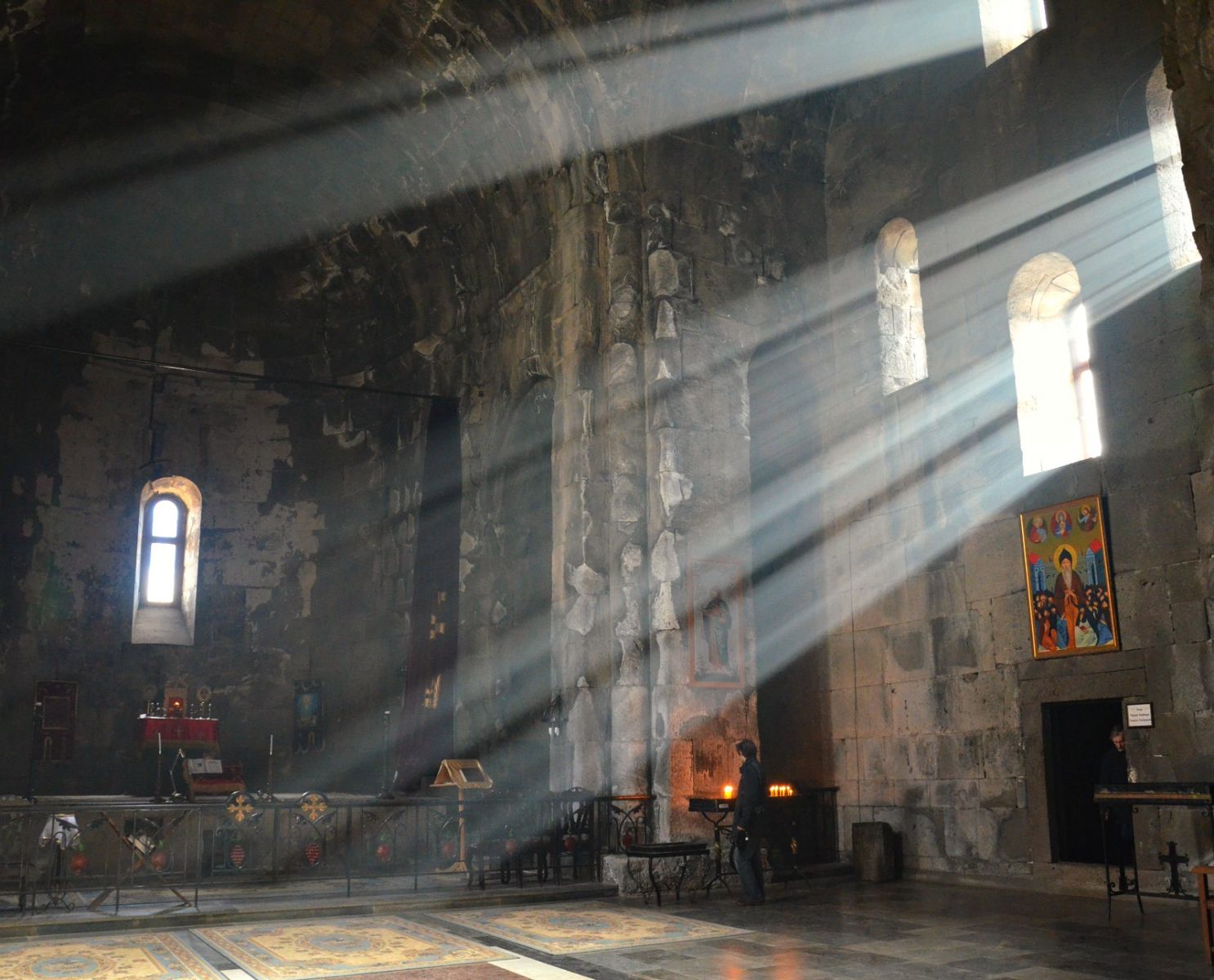 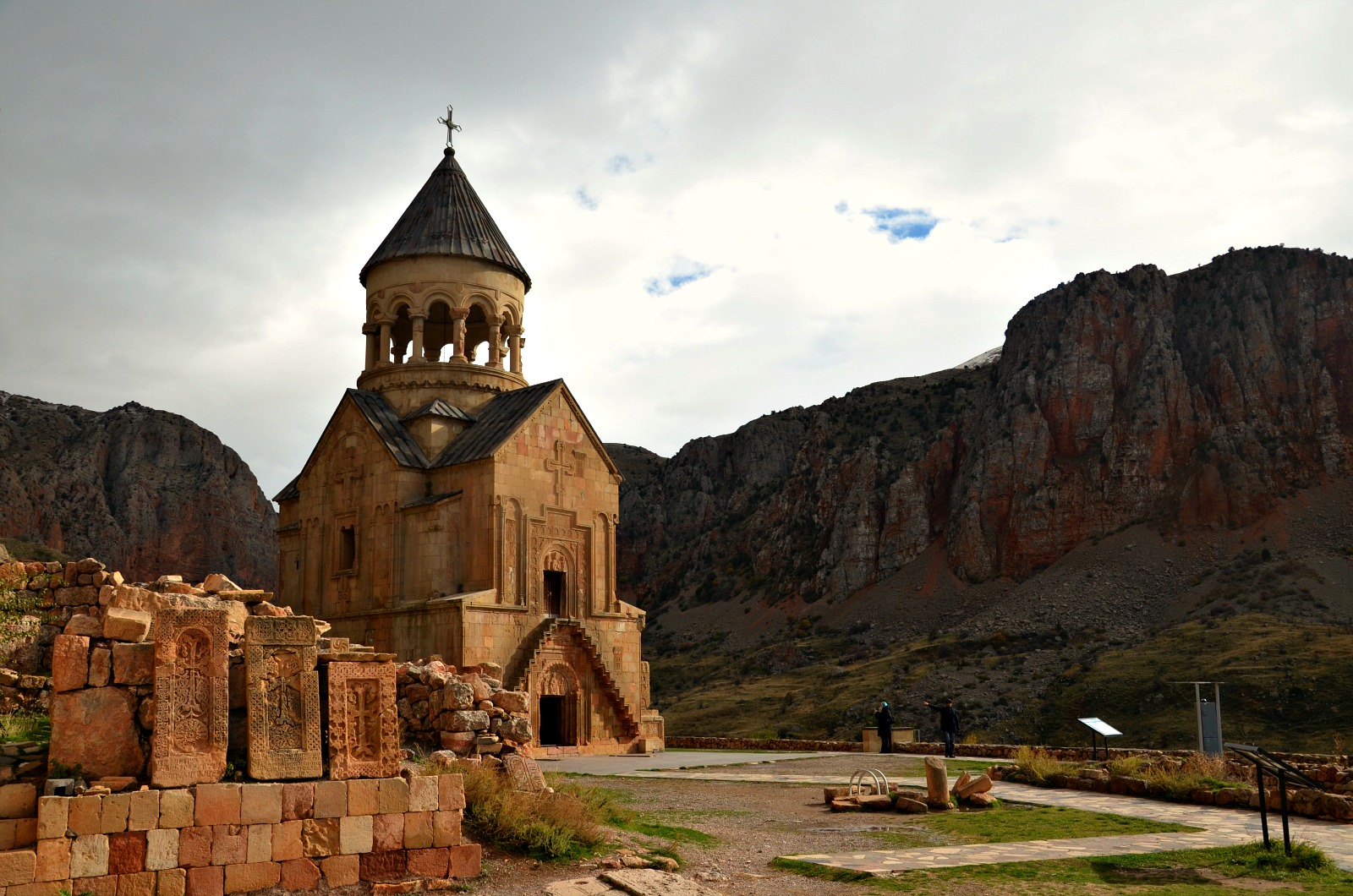 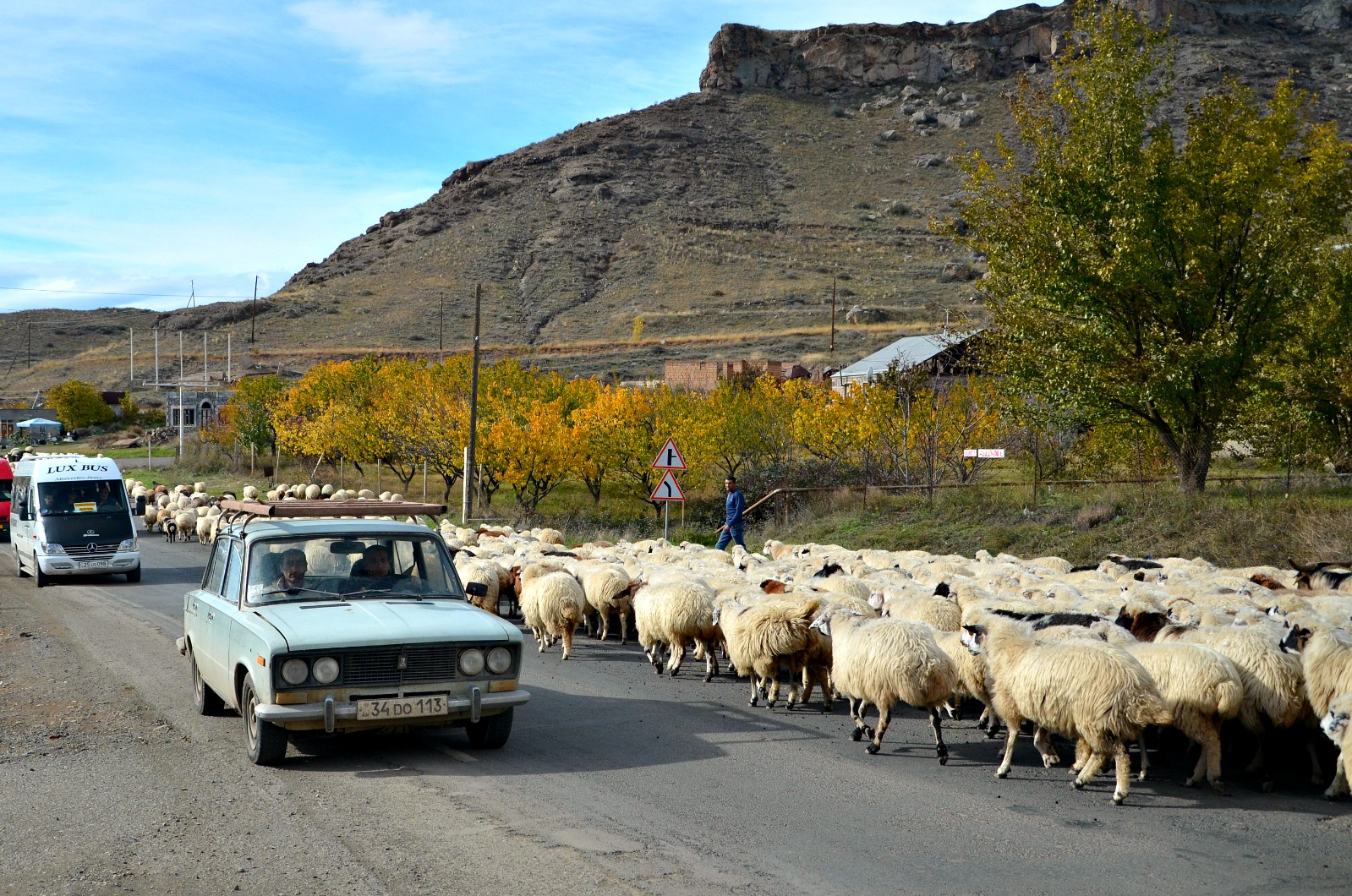 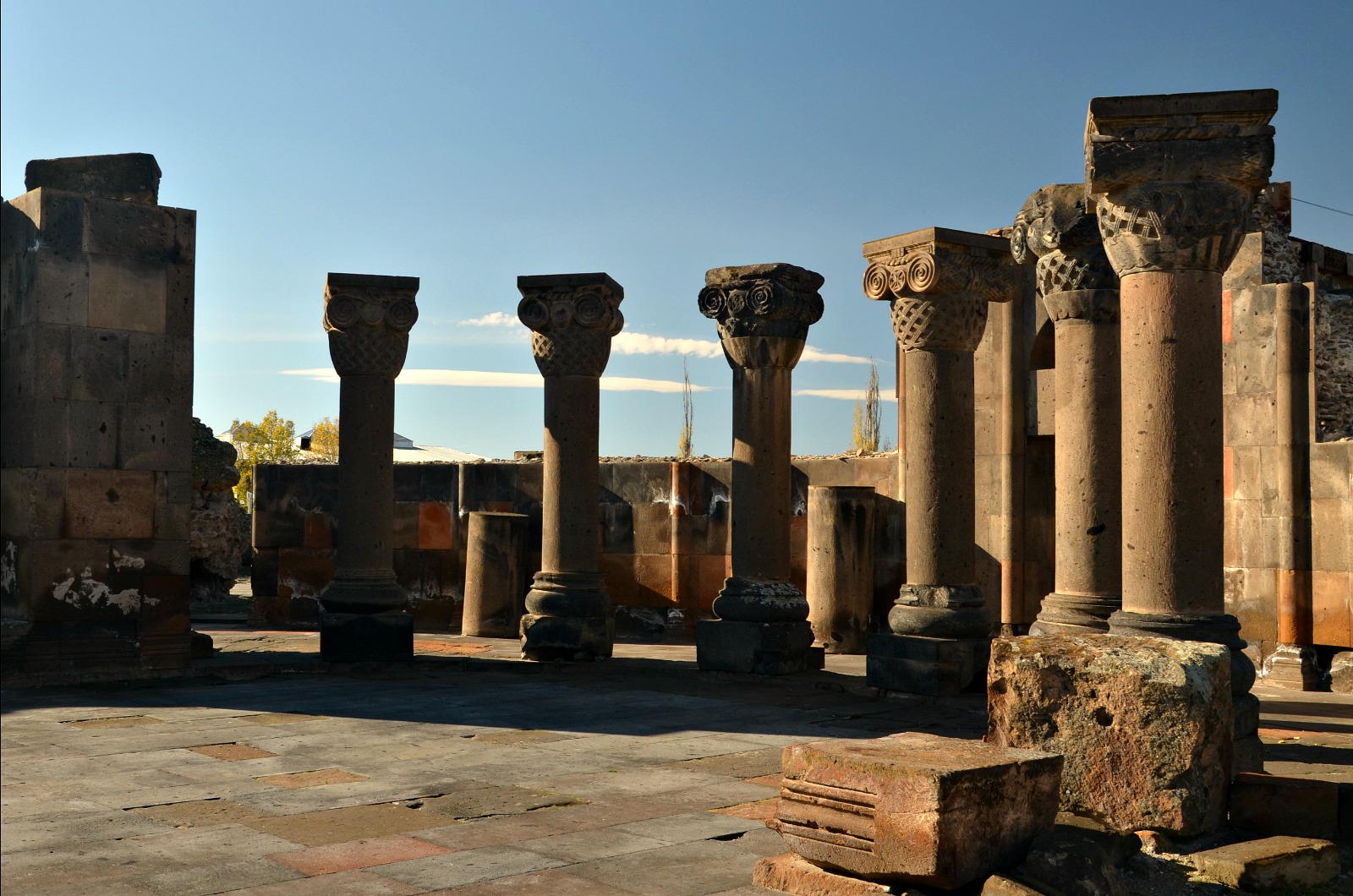 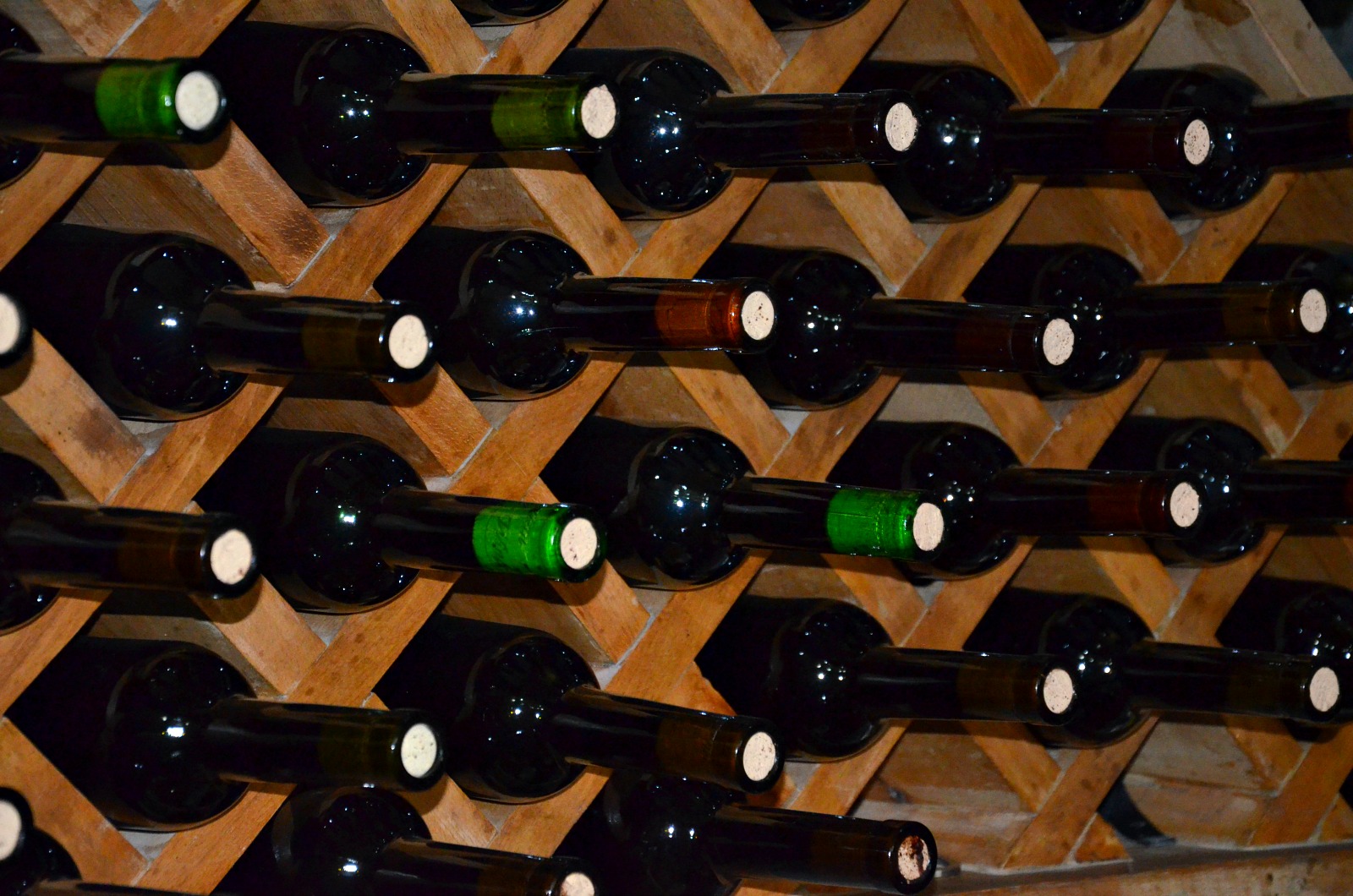