Azerbaijan’s recently acquired oil wealth is transforming this newly independent state into a multi-faceted destination where the modern is layered on top of centuries of history and rich cultural heritage. It sits at the crossroads of Europe and Asia, a diverse and interesting country with much to offer the tourist.

Its capital city Baku reflects the most cosmopolitan face of the country, throwing up new skyscrapers, hotels, restaurants and shopping centres as evidence of its progress. But its UNESCO-listed Old City belies change and you don’t have to travel far from the capital to reach timeless rural villages almost unchanged for centuries. Great fortresses and palaces in the surrounding cities ensure that those who leave the capital are richly rewarded for their efforts.

Azerbaijan’s natural landscape is as varied as its built environment. Against a backdrop of the Great Caucasus Mountains, the lower slopes brim with fruit orchards and fertile fields. There are deserts, woodlands, deep gorges and dramatic waterfalls. In summer, the beaches of the Caspian Sea resorts are full of sun worshippers; in winter a fledgling ski infrastructure is taking shape and attracting the intrepid. Nicknamed the Land of Fire, after the word “azer” meaning fire, the burning mountain of Yanar Dag and flame-spewing mud volcanoes capture both the attention and the imagination of those that visit.


Some facts about Azerbaijan

Eurasian Azerbaijan can be summarised as three physically distinct regions: the Greater Caucasus Mountains to the west, the Caspian Sea to the east and the lowlands in the centre of the country. Similar in size to Portugal, it’s larger than its Caucasus neighbours Armenia and Georgia, though dwarfed by three others with whom it shares a border - Russia, Iran and Turkey. On its coast is its capital Baku, an ancient city now at the heart of the country’s oil industry.

About half the country is mountainous. The highest peak is Mount Bazardüzü, standing at 4466 metres above sea level in the heart of the Greater Caucasus Mountains.  From those mountains, eight large rivers flow down into the fertile lowlands. The undulating hills of the south eastern coast, blessed with a warmer climate, are carpeted with tea plantations and citrus groves.

Azerbaijan has a long history of art and culture, the oldest manifestation of which are the prehistoric rock carvings of Gobustan. Contemporary art lovers are well advised to visit the Azerbaijan State Museum of Art in Baku which houses an extensive collection of paintings, sculpture, decorative and applied art.  Carpet weaving has long been a treasured national craft, their colourful wool designs adorning many a wall as well as the floor. Metal work and jewellery are also easy to come by and together with the skilful pieces produced by the country’s woodworkers make excellent souvenirs.

As you’d expect from a nation with such a long history, tradition plays a key role in both festivals and everyday life.  Hospitality underpins everything; a famous quote from Azeri literature warns “Let the houses which do not welcome guests collapse”. Food and dancing are at the heart of every celebration. Some dances have ancient roots: the Samani and Kosa Kosa greet the arrival of spring while the Khyndir Ilyas summons rain.

A love of great food typifies an Azerbaijani and visitors will delight in the range of dishes available. The country’s varied landscape enables a wide variety of foodstuffs to be grown locally and good food is considered to be the reason for many residents’ longevity. Many dishes are considered to be essentials to Azeri cuisine. These include dolma, vine leaves enclosing a delicious minced meat filling, and pilaf, saffron rice enriched with a variety of ingredients such as meat, milk, eggs or nuts. The latter is usually followed by sorbet in the form of a drink consisting of fruit and berry juices to cleanse the palate. You’ll be sure to encounter the staples of bread, soups and kebabs throughout your trip as well as street food such as kutab, a deep fried meat stuffed pastry.

The Azeri sweet tooth means that dessert lovers are well catered for. Meals are typically followed by hot black tea accompanied by sweet pastries, jams and rich baklava.  In some parts of the country you’ll find specialist lemonades made from pears or tarragon, while ayran, a yoghurt drink made from soured milk, is also popular.

Islam dominates what is officially a secular state, with well over 90% of Azerbaijanis identifying themselves as Muslim. The majority are Shi’a Muslims, with a minority being Sunni Muslims.  Under Soviet rule, policy promoted atheism but with self-determination came religious choice. In the breakaway Nagorno-Karabakh region, the Armenian Apostolic Church is important as you’d expect, and elsewhere you’ll find a few practising members of the Russian Orthodox Church and other Christian denominations. 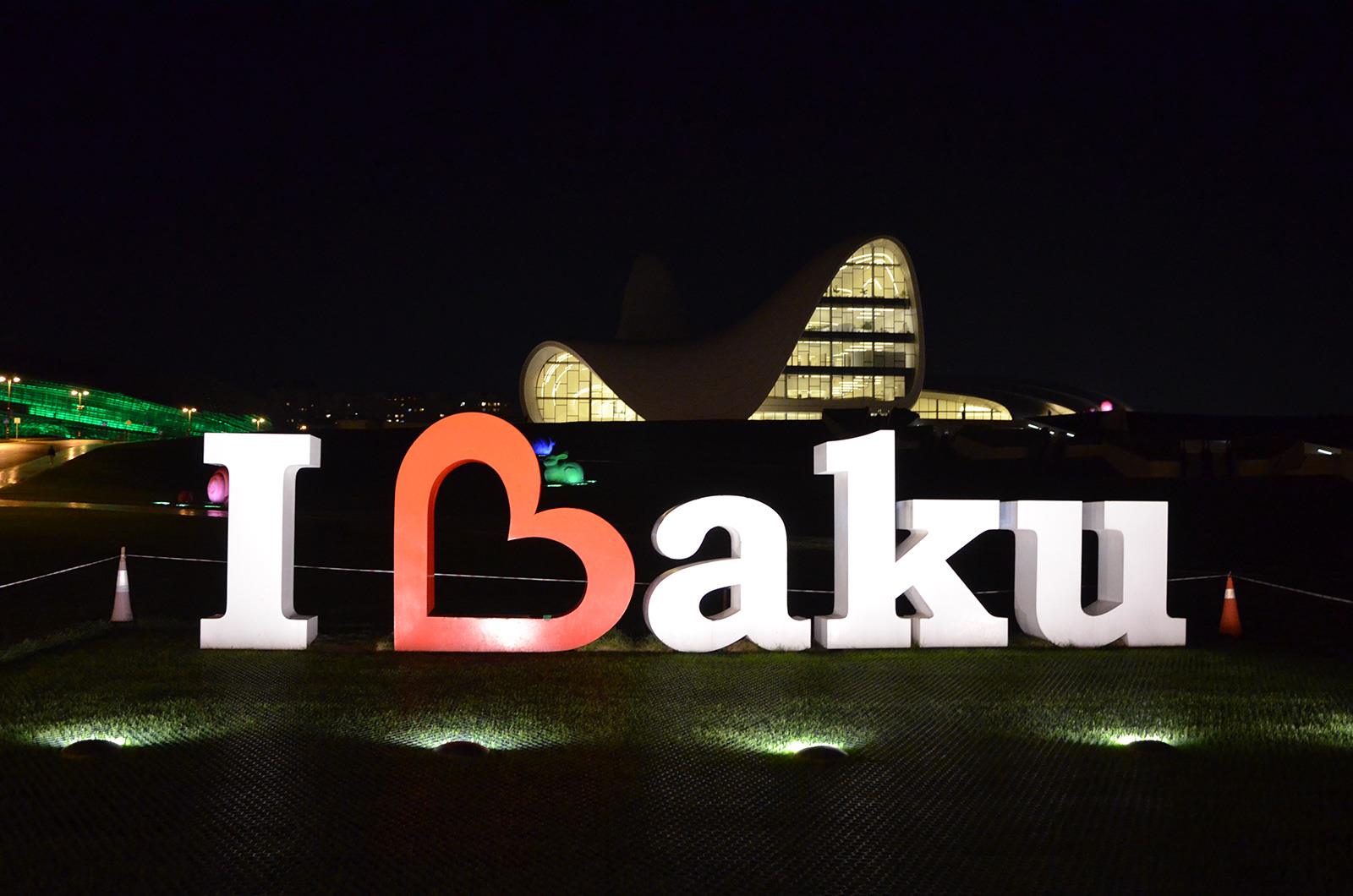 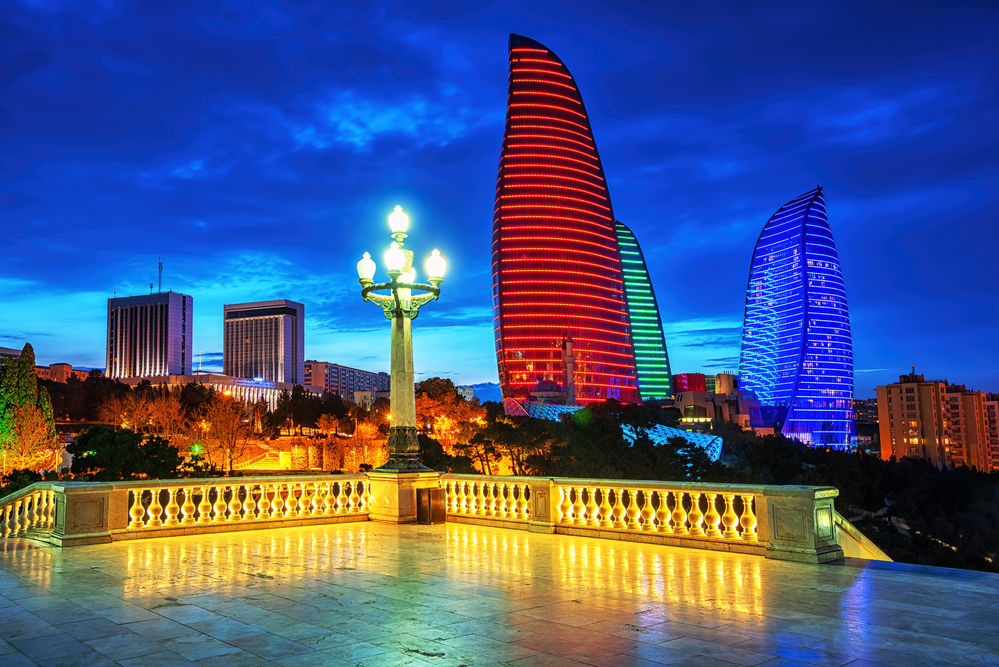 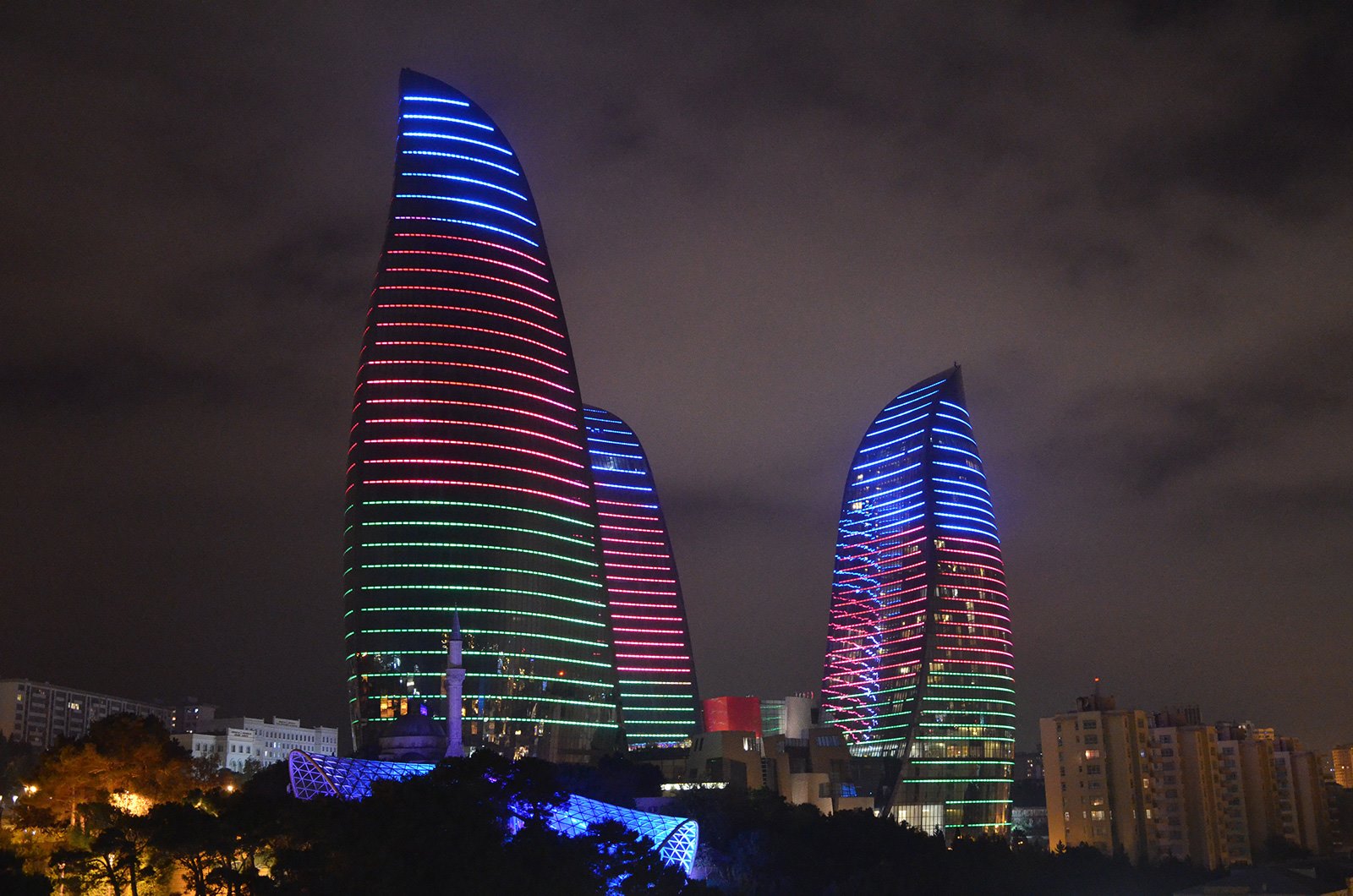 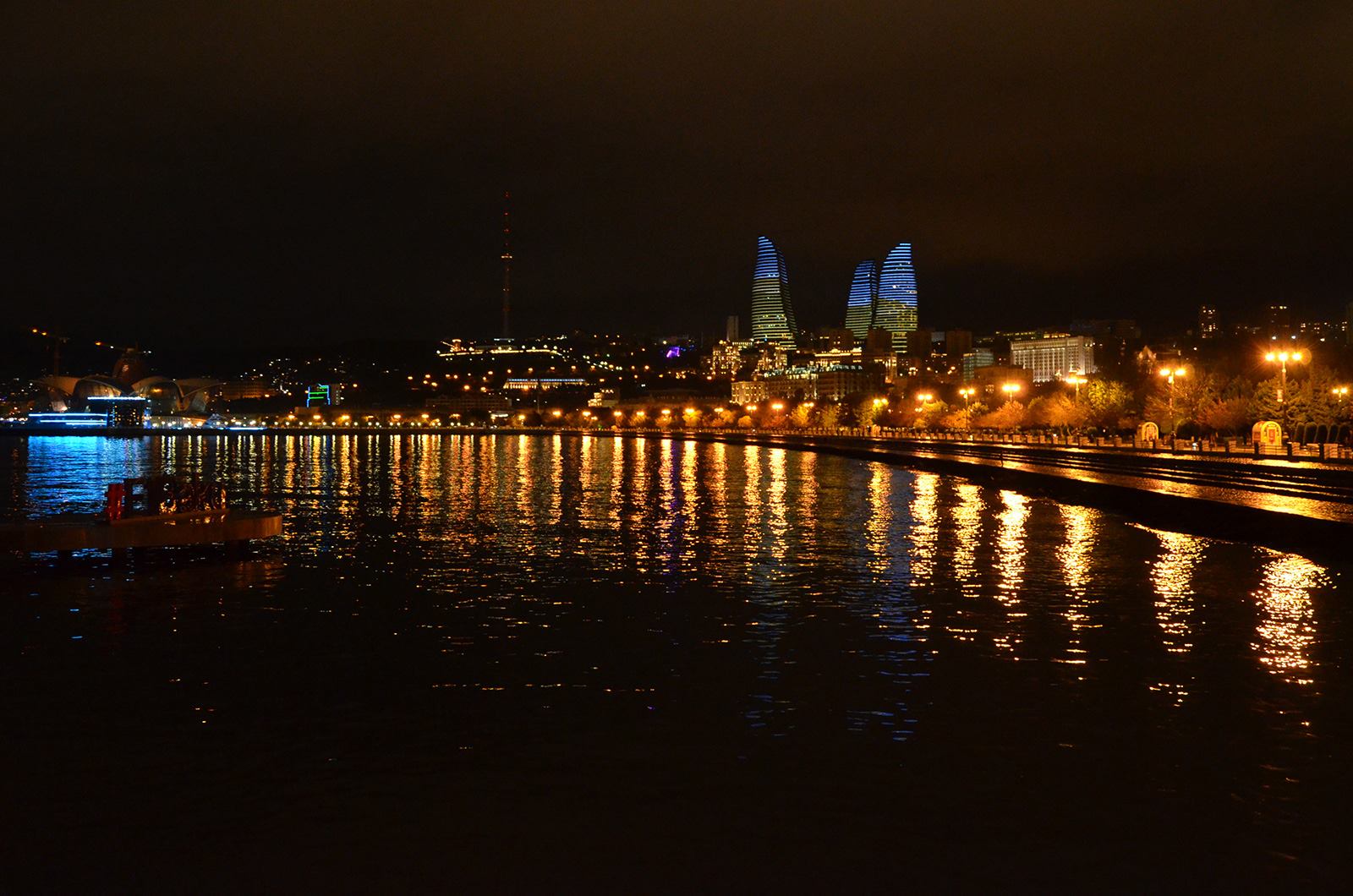 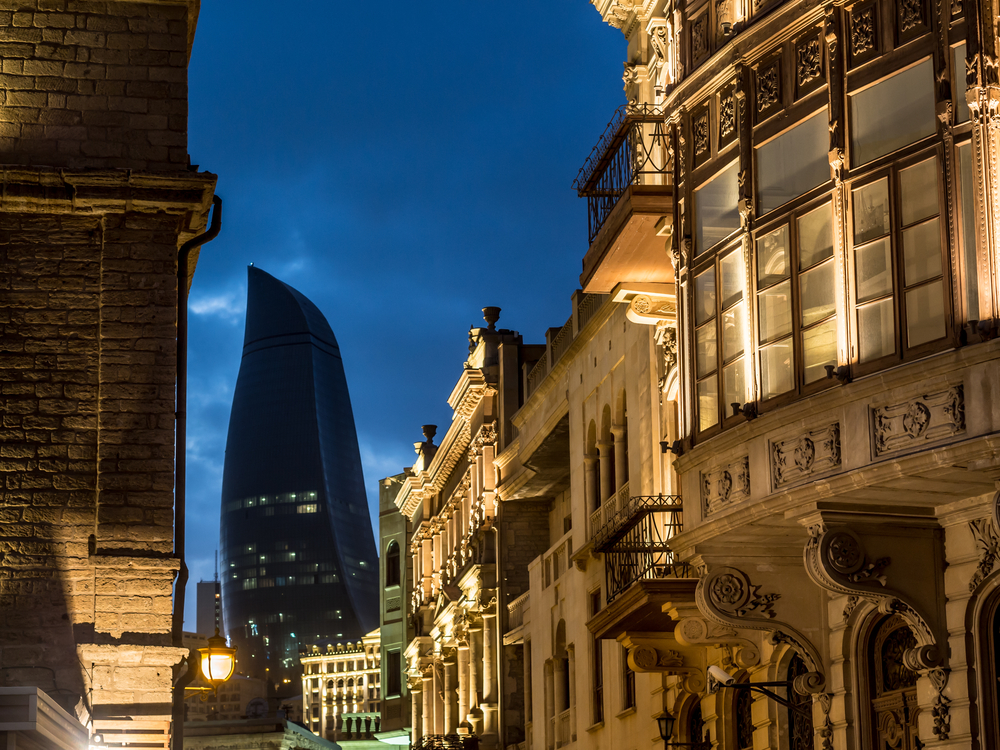 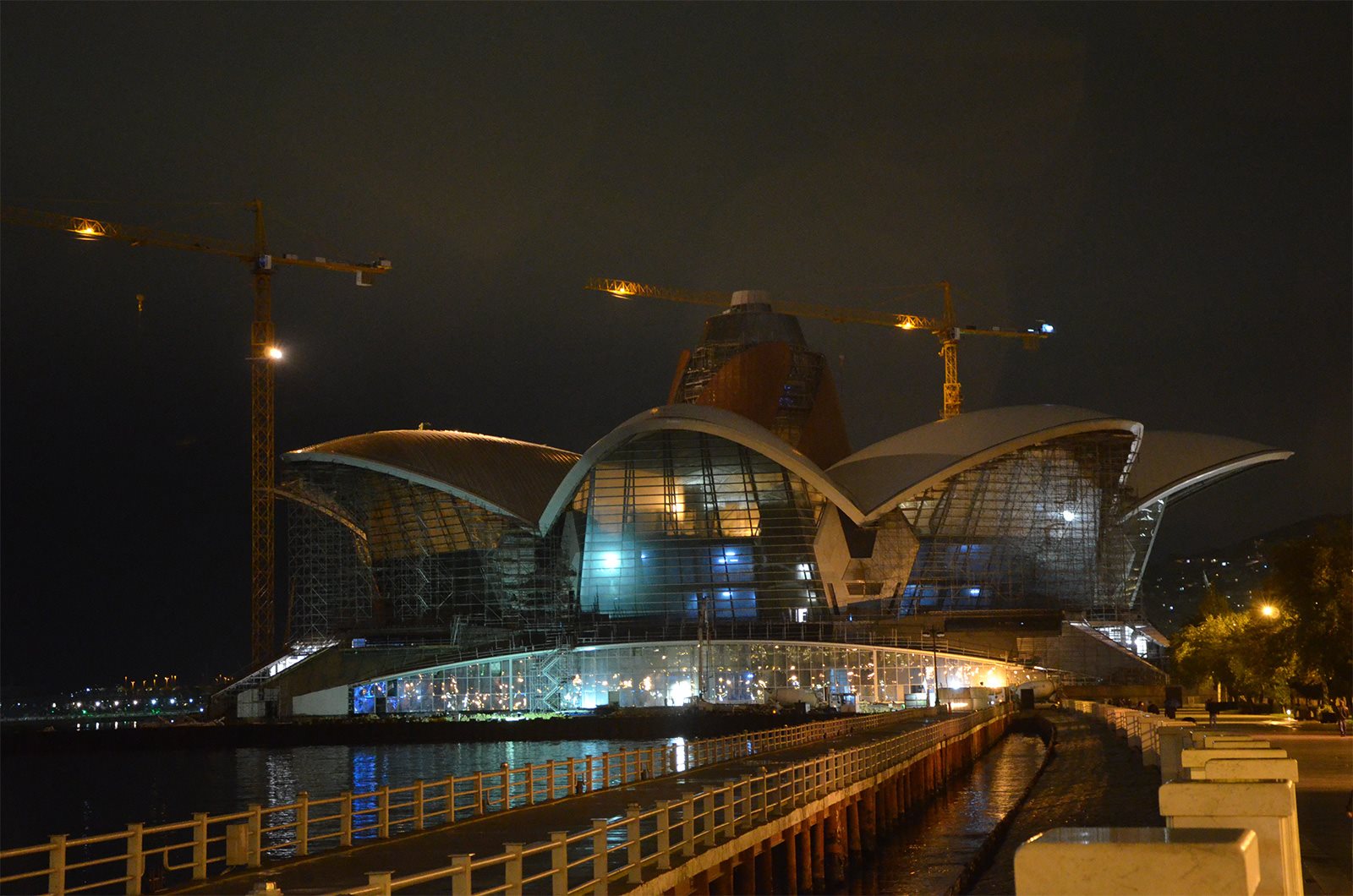 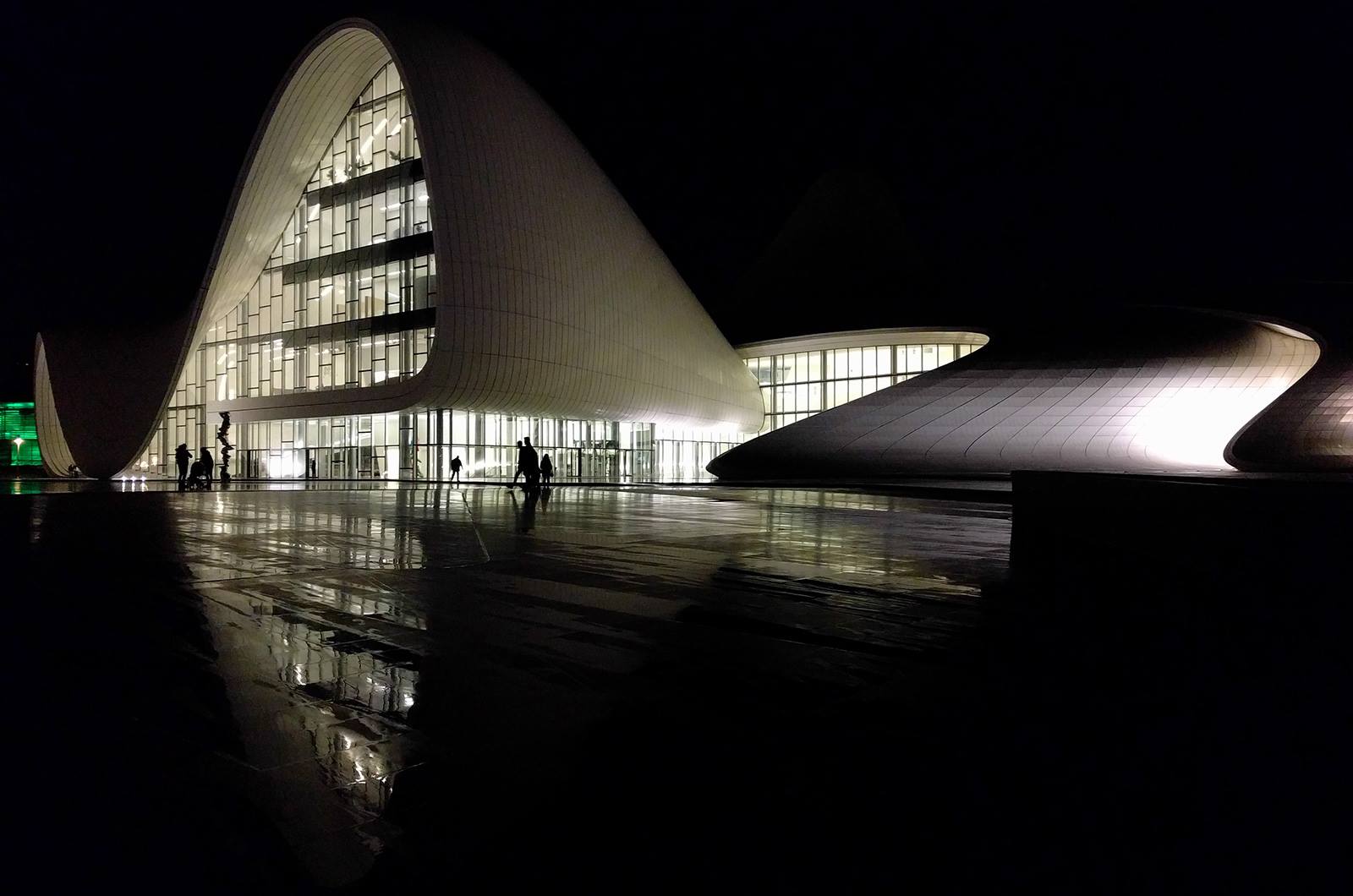 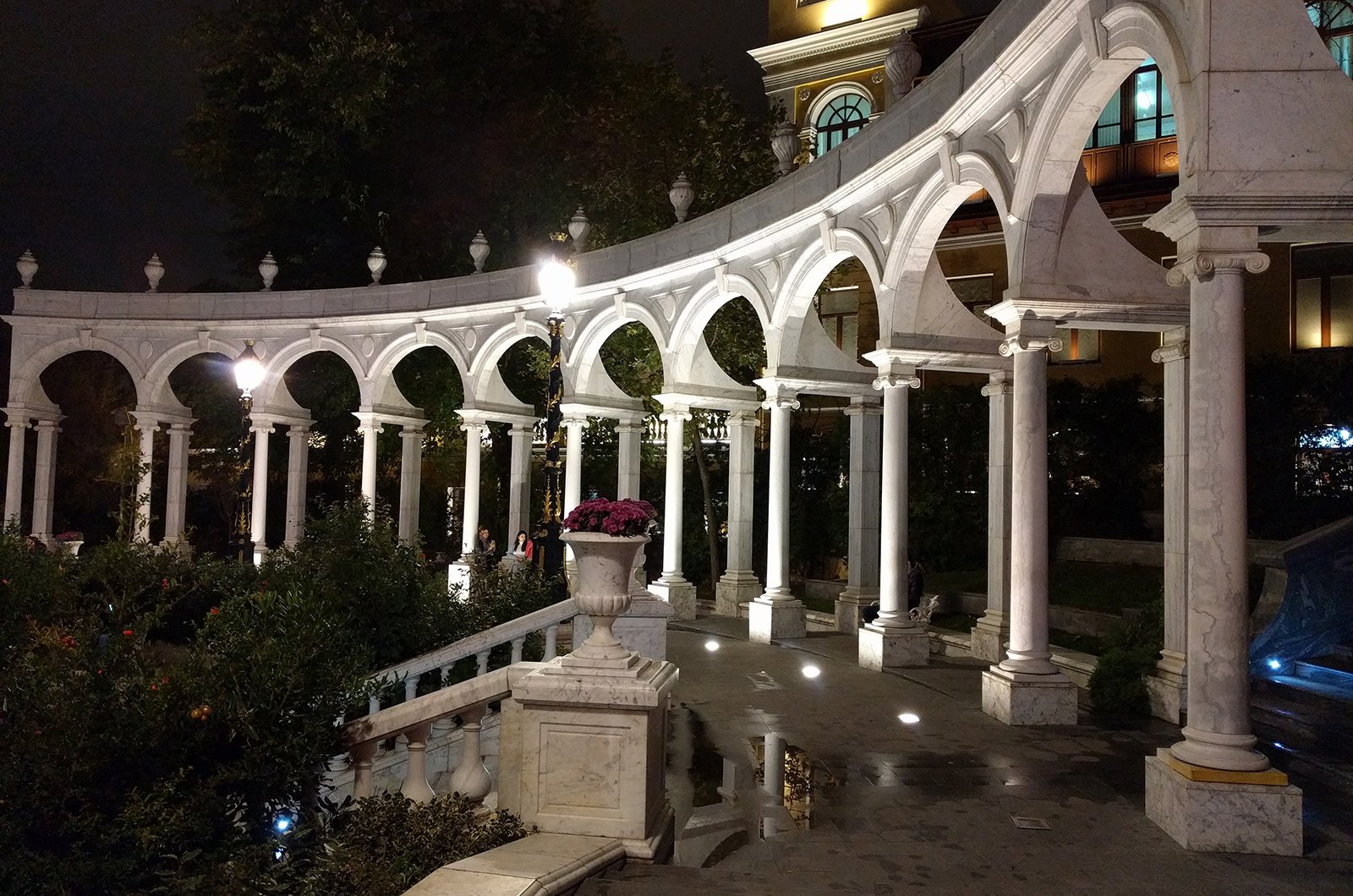 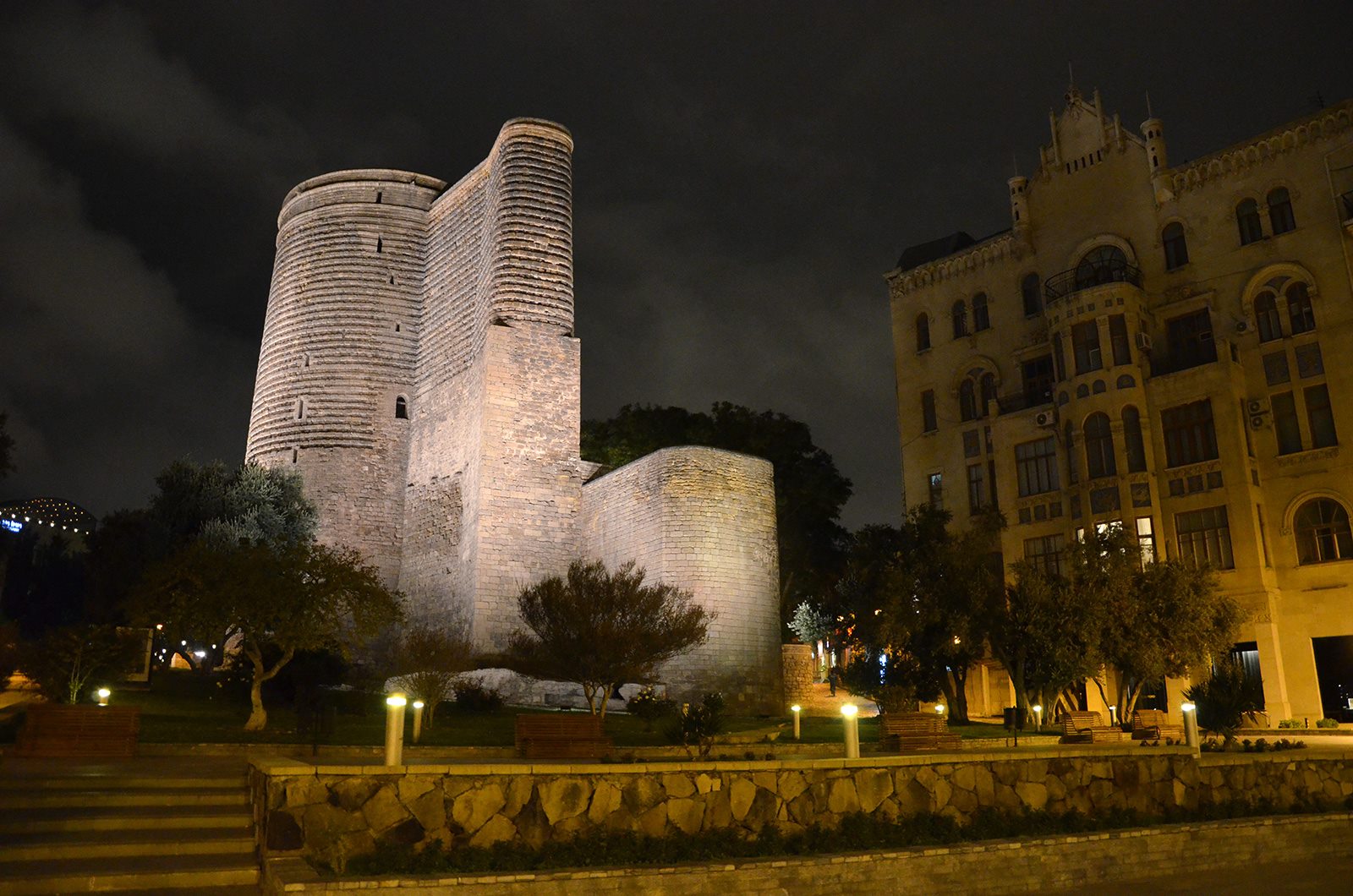 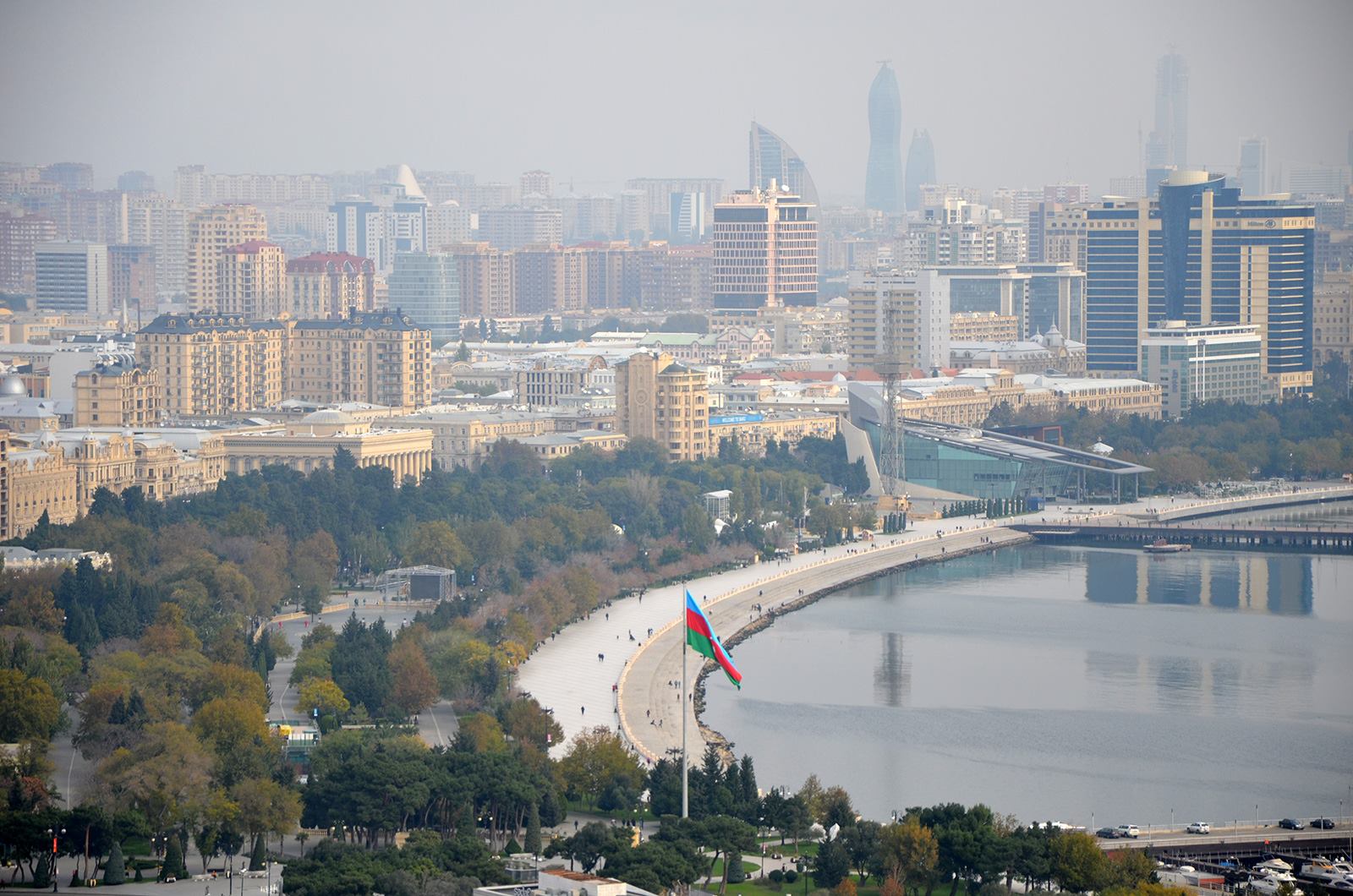 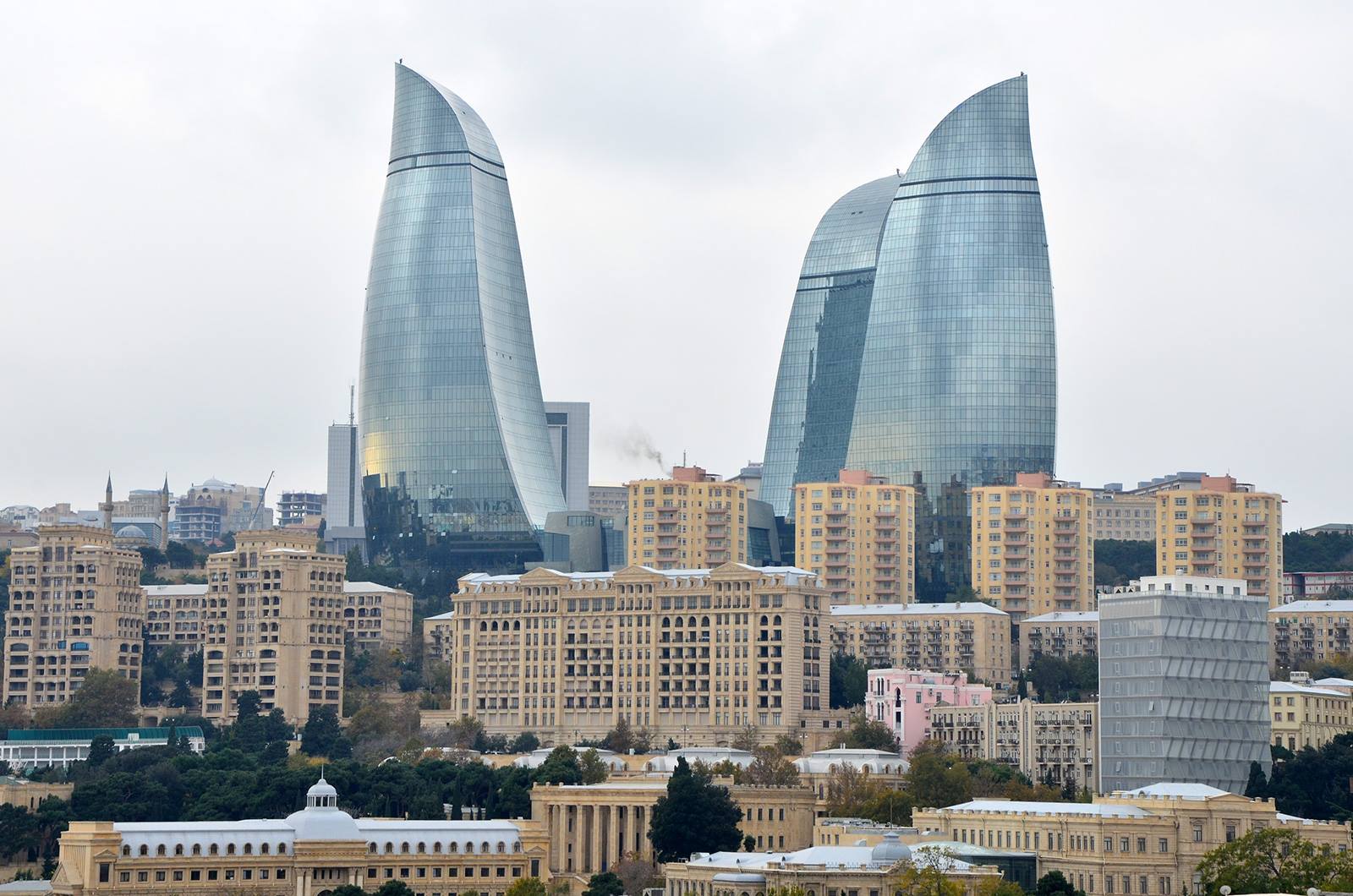 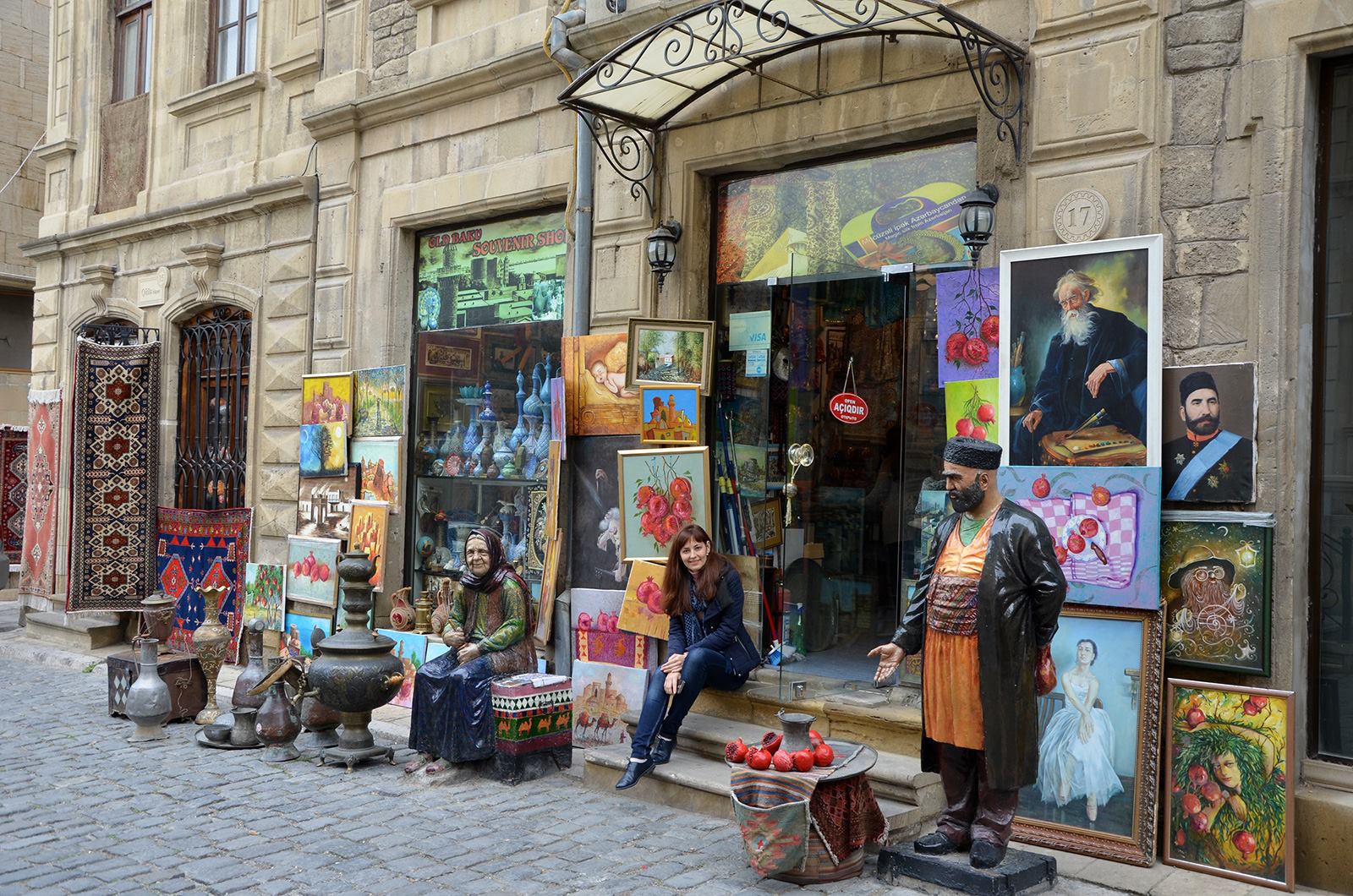 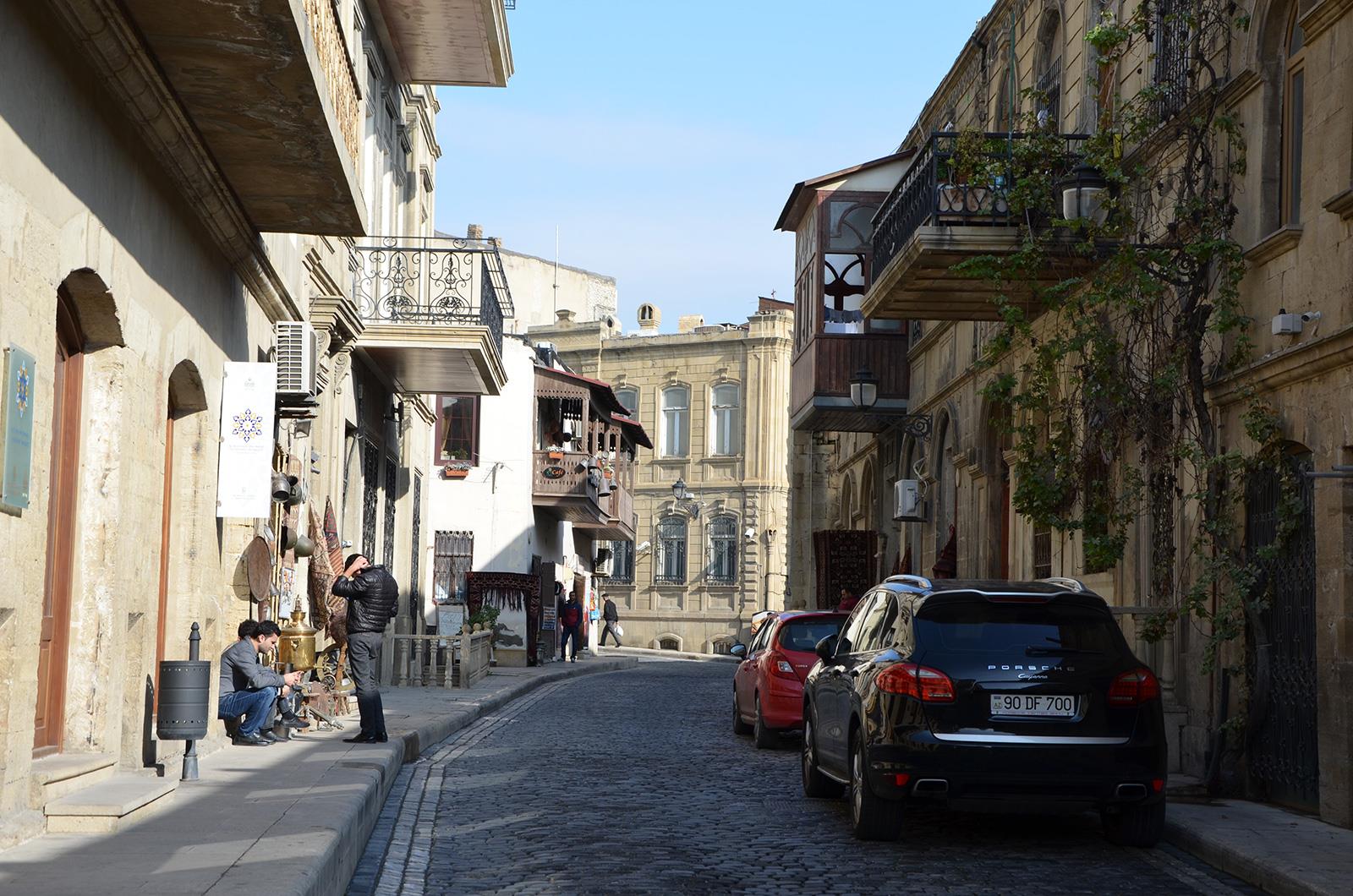 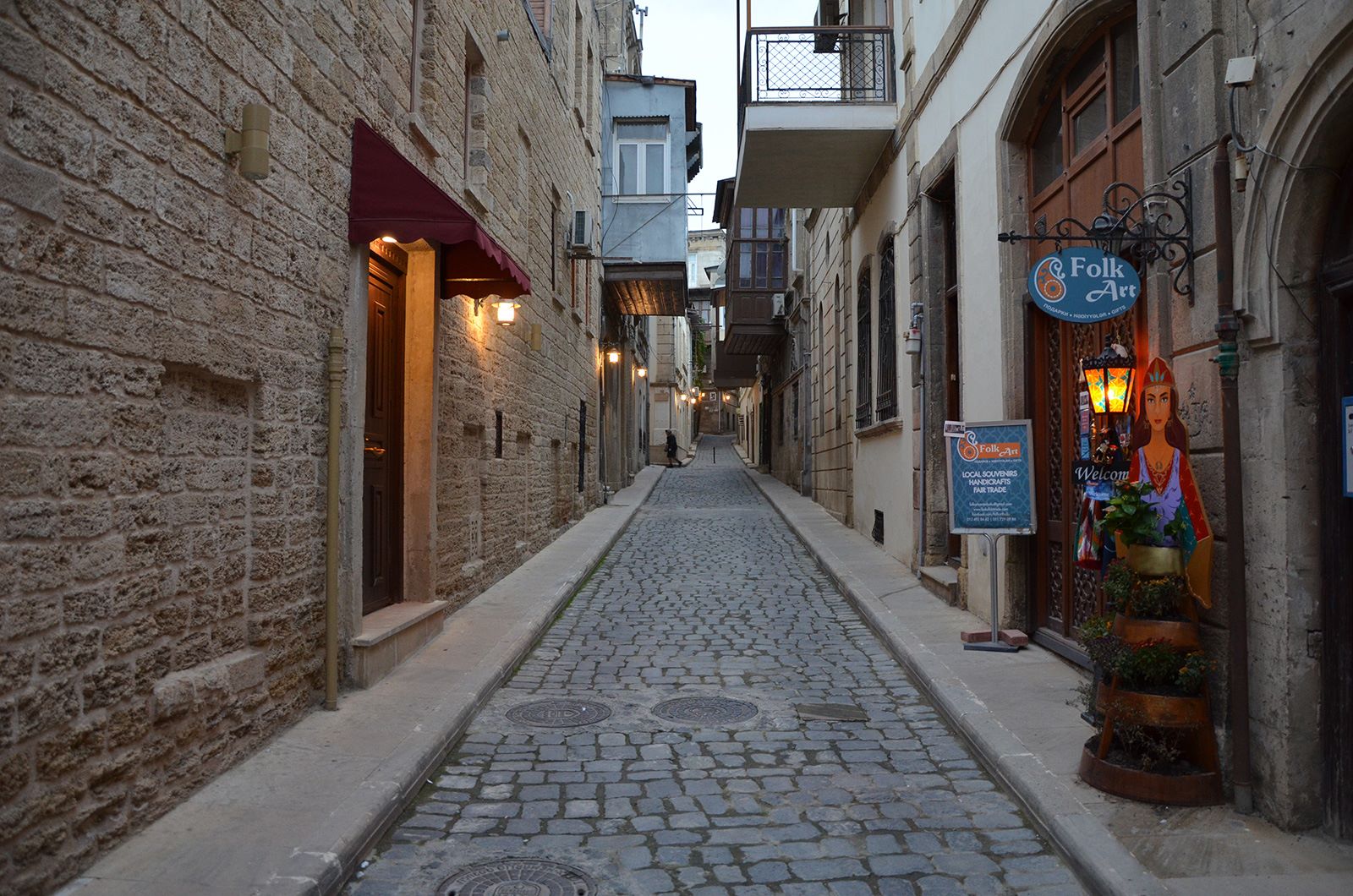 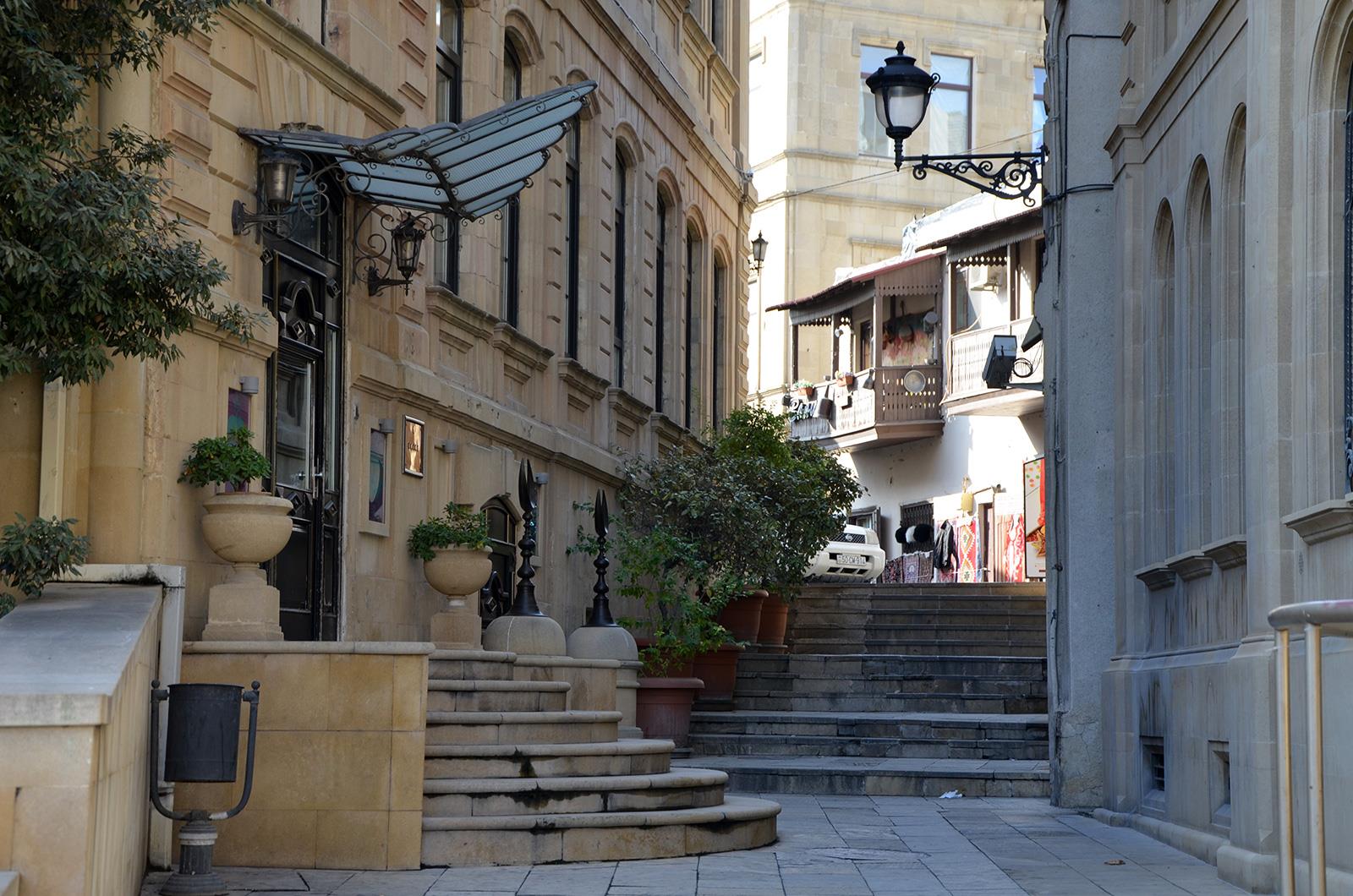 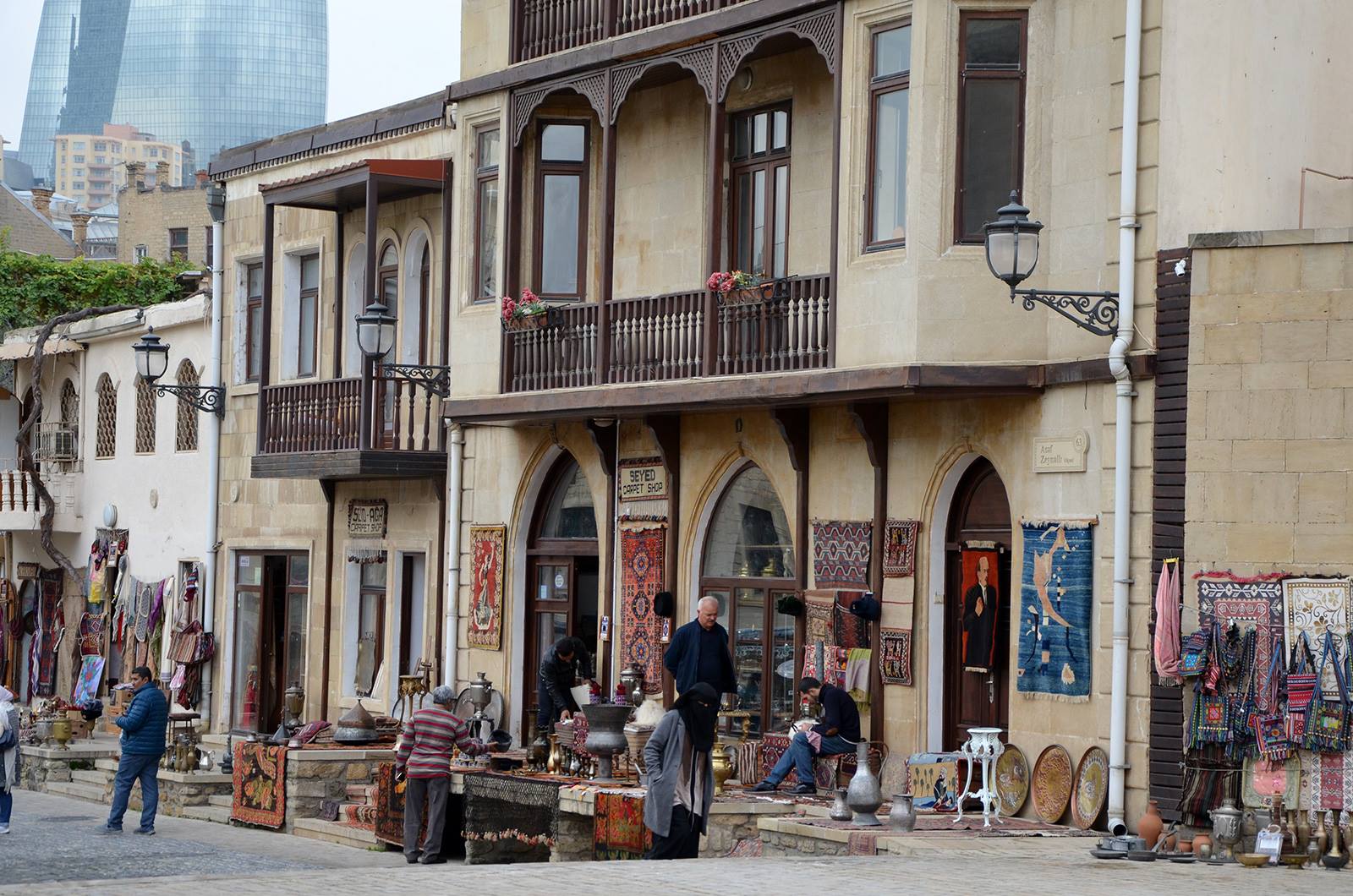 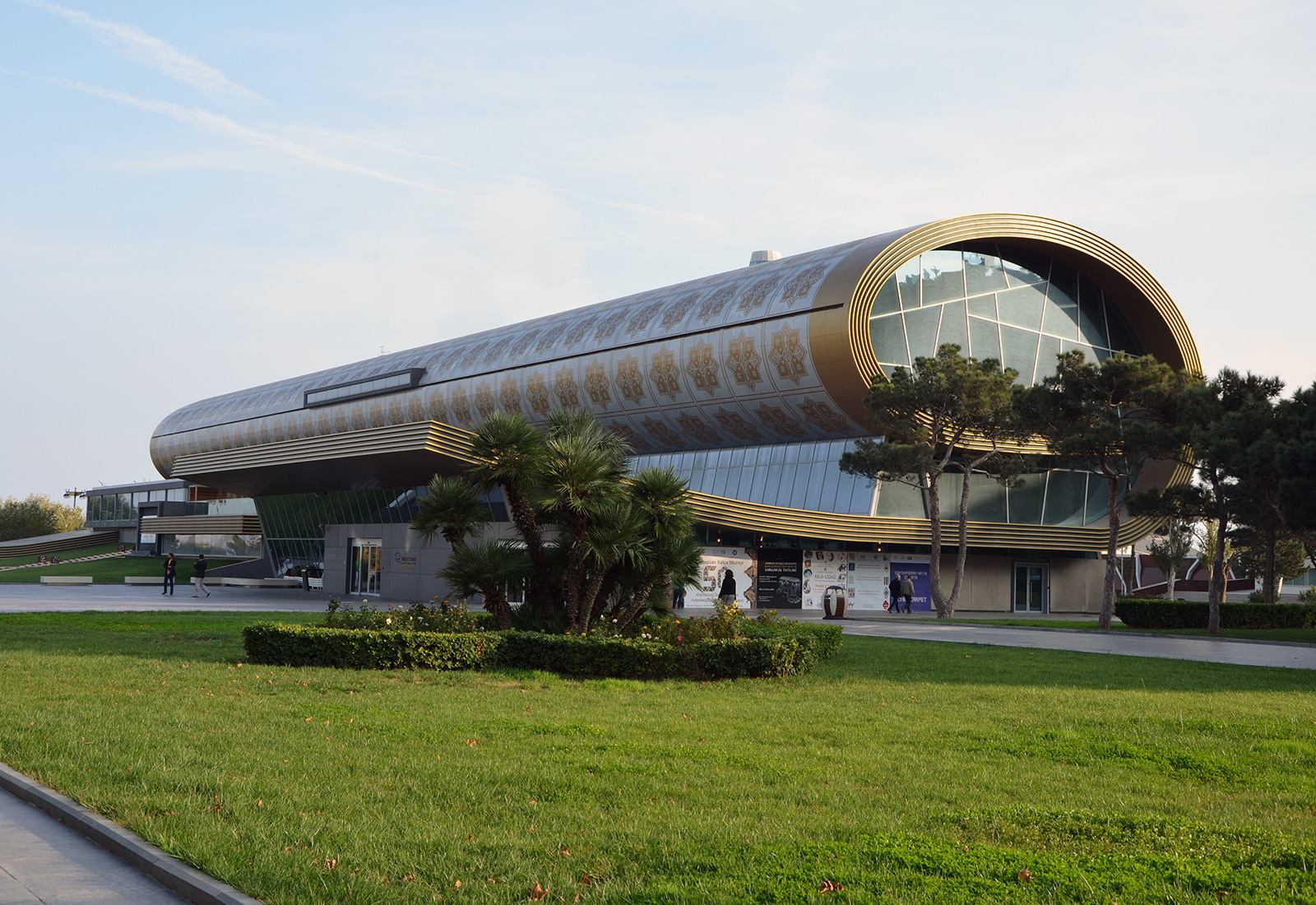 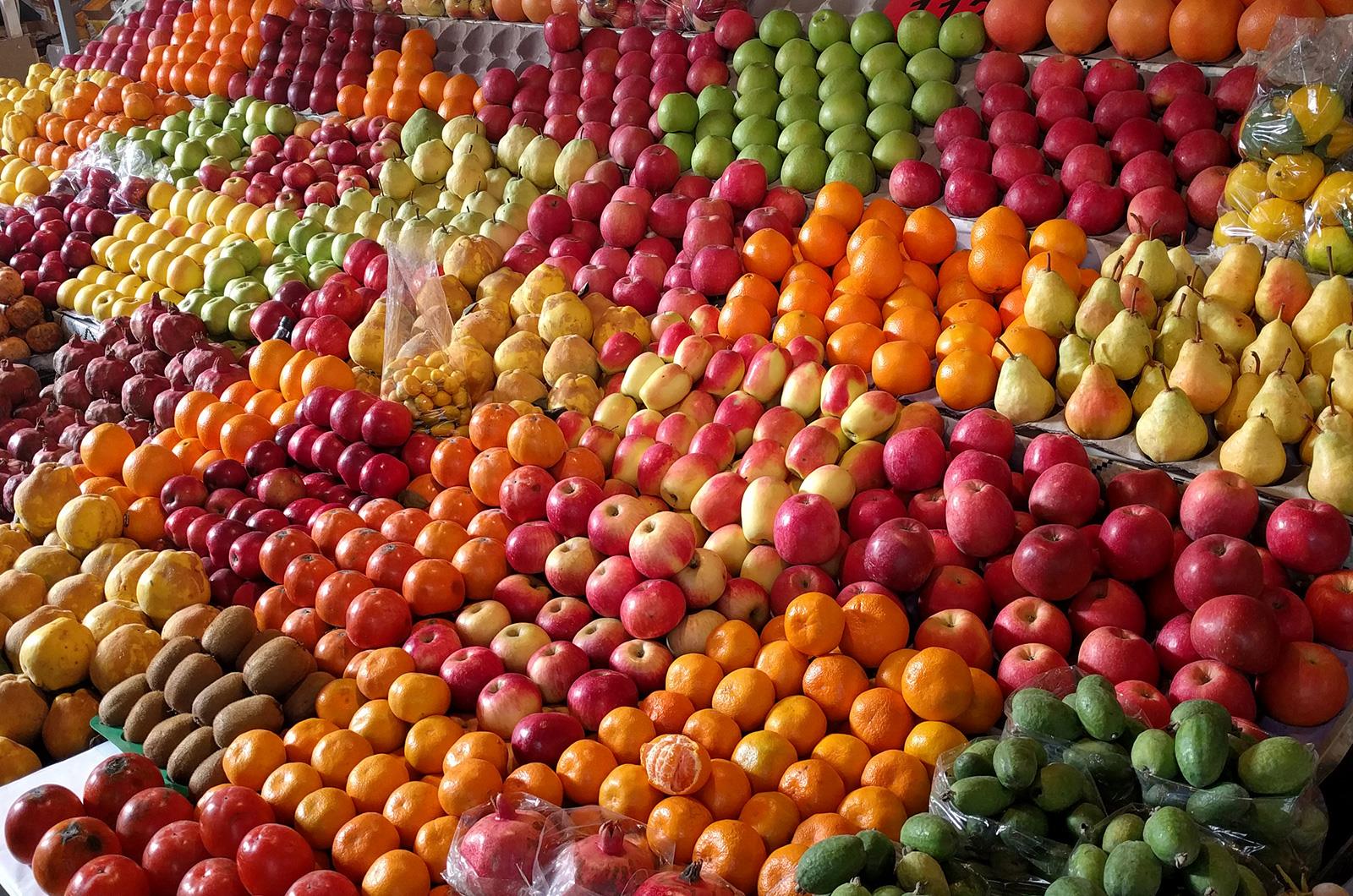 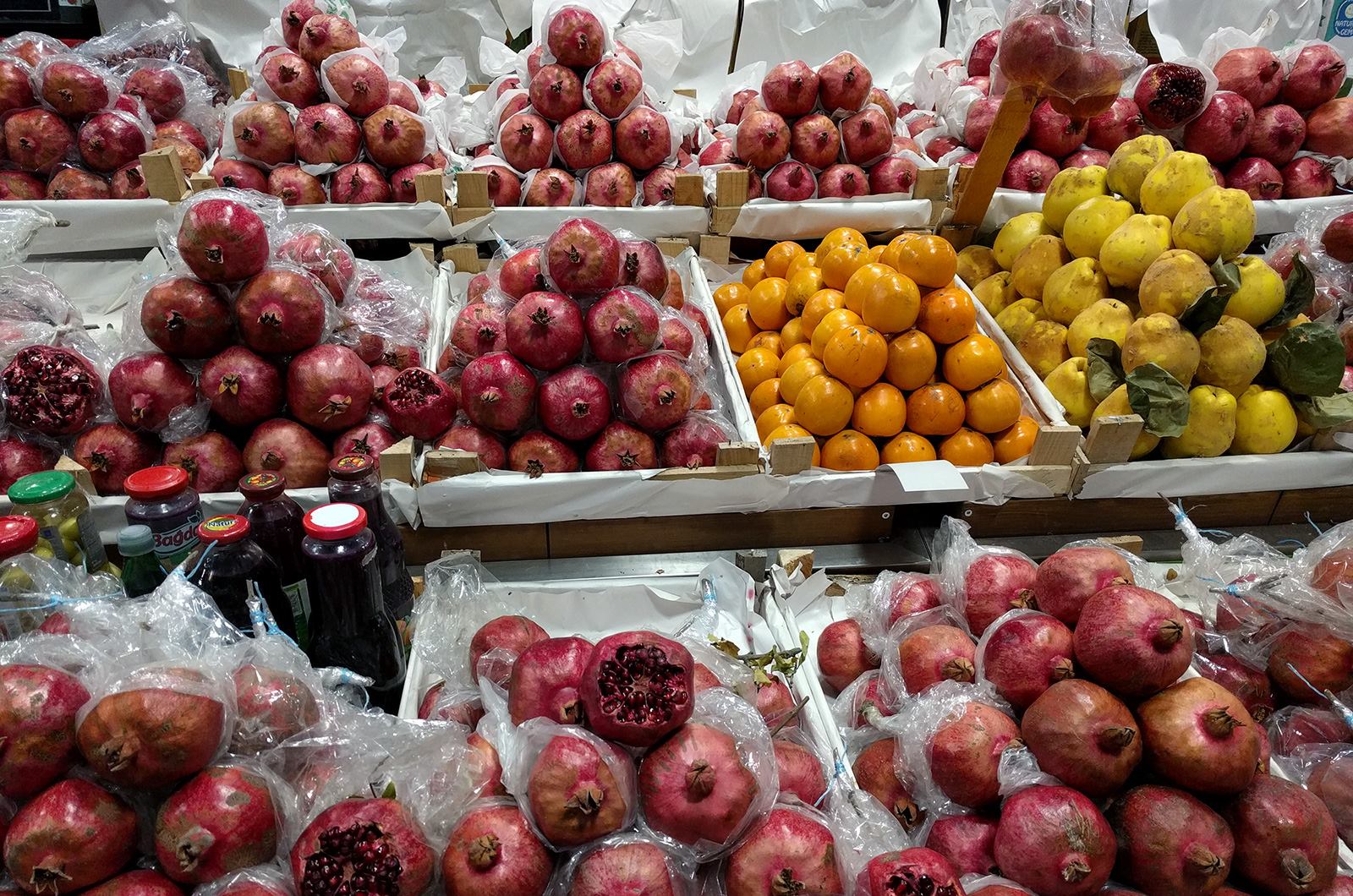 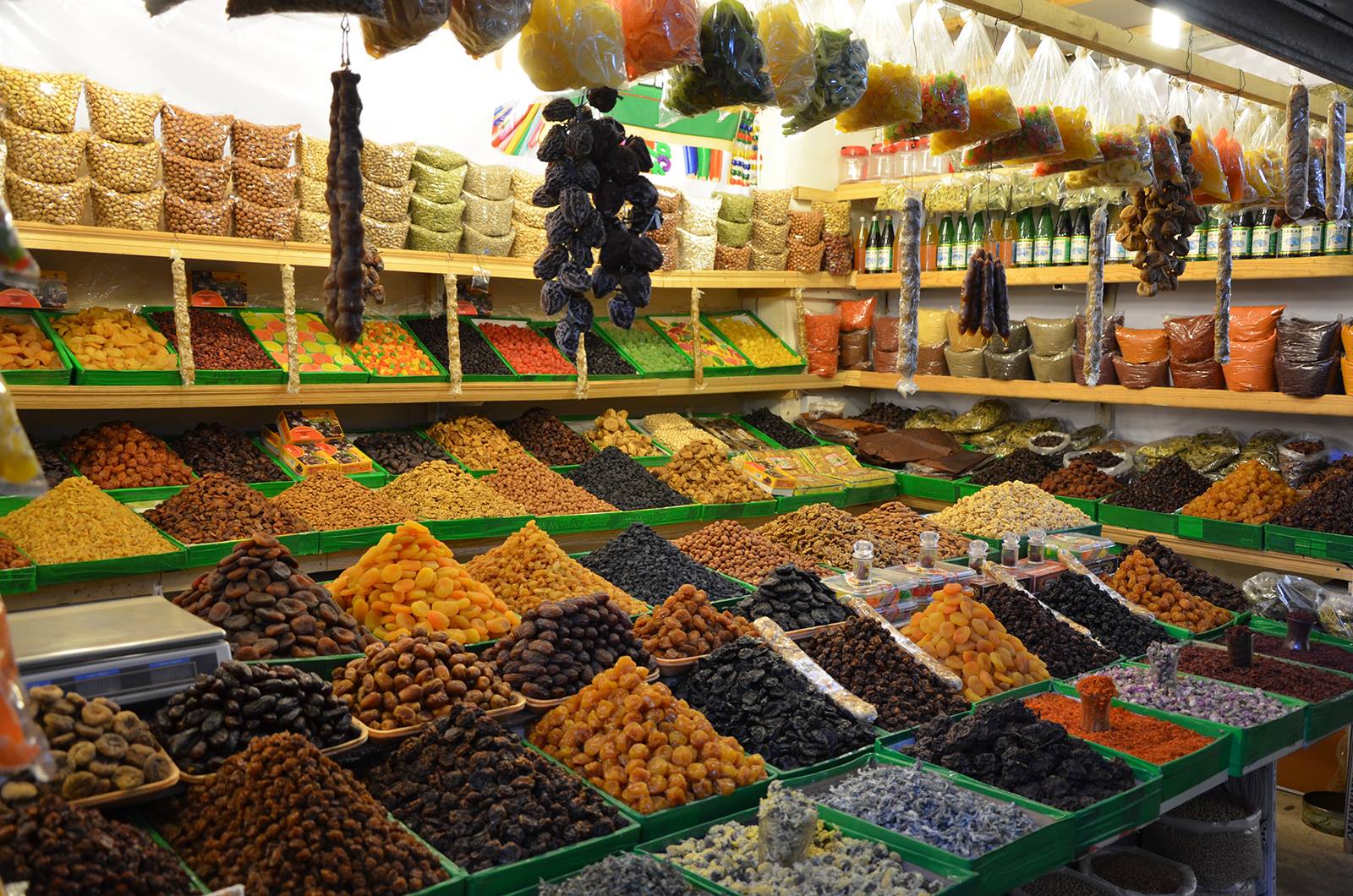 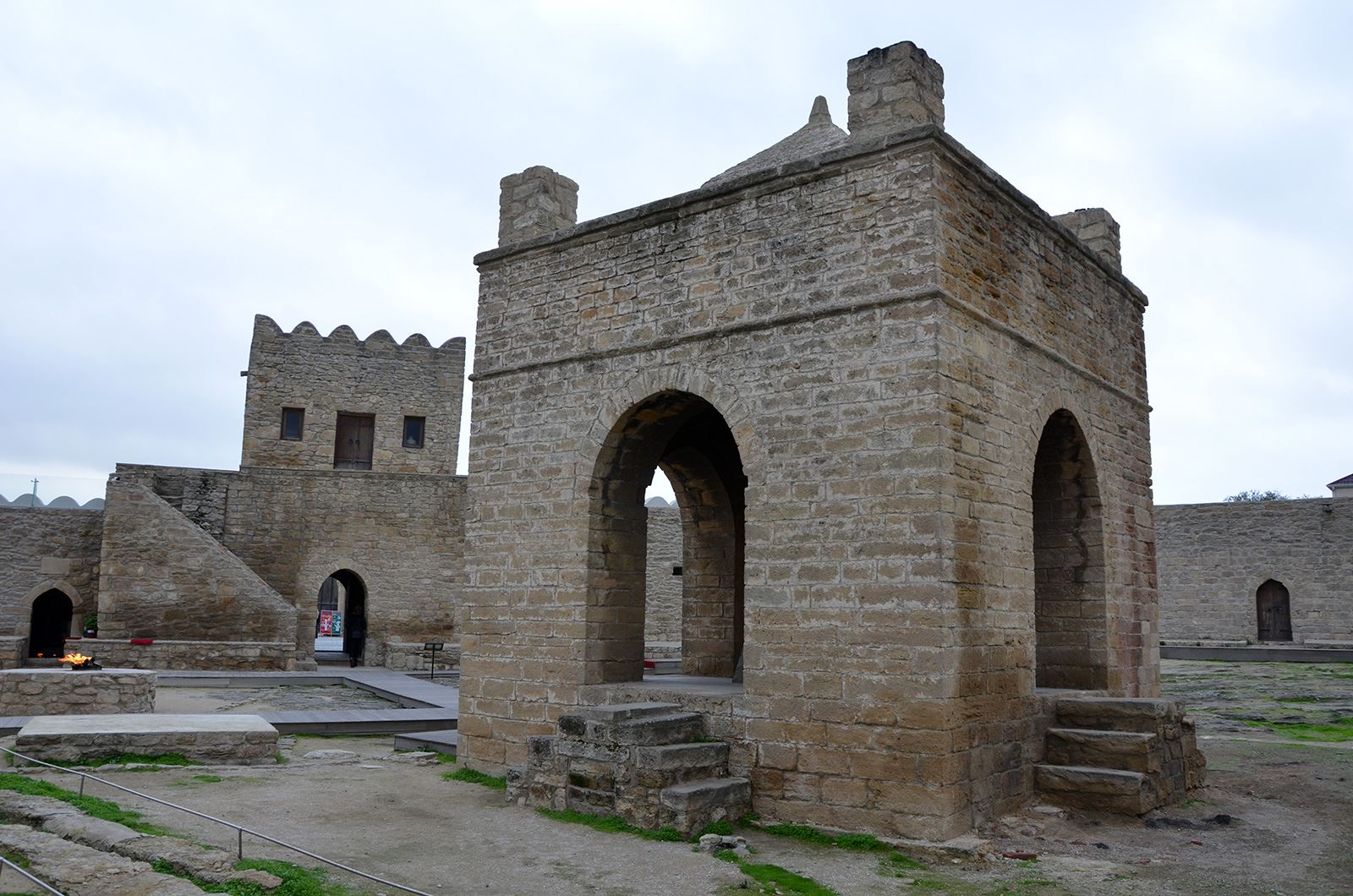 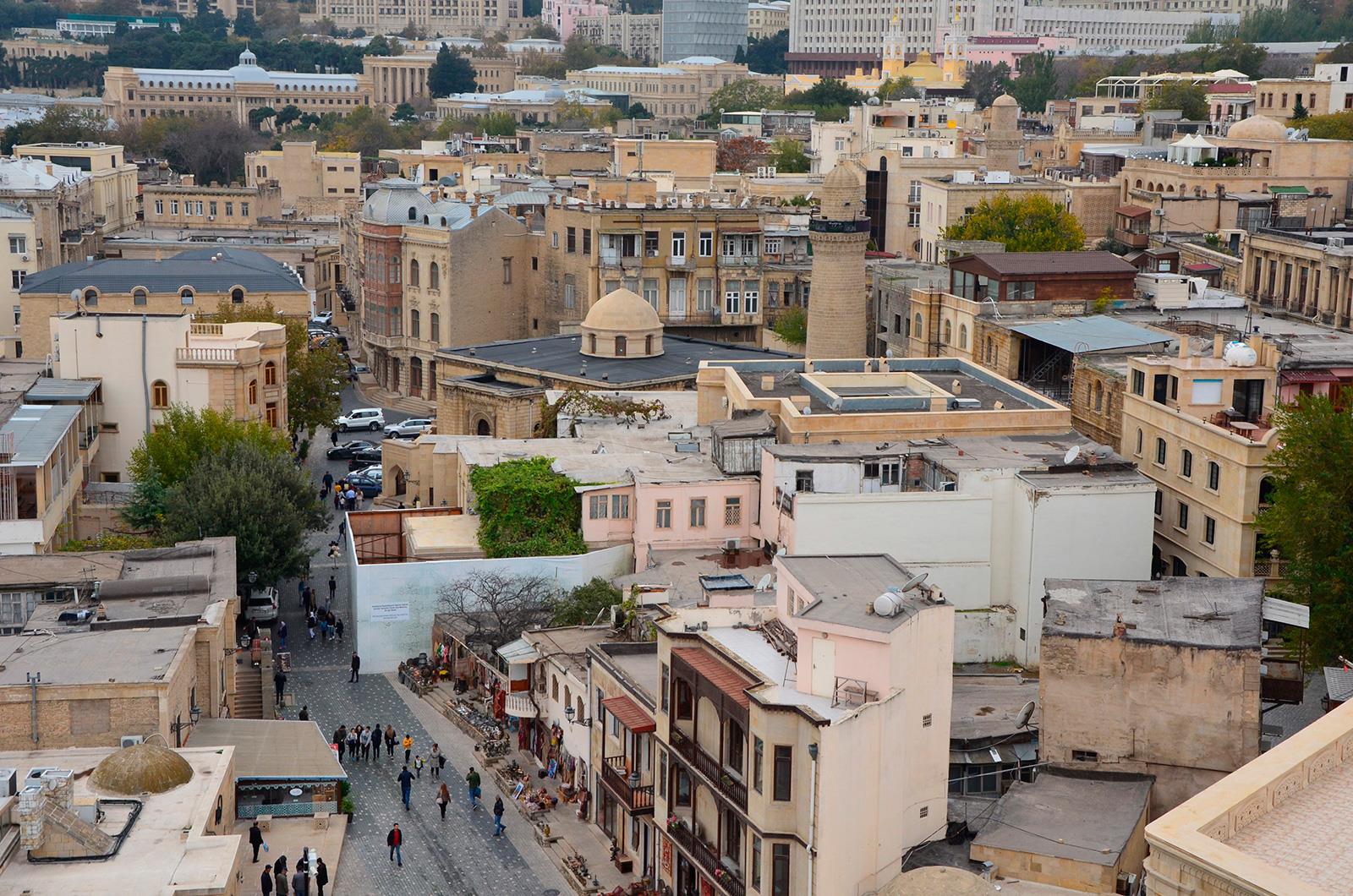 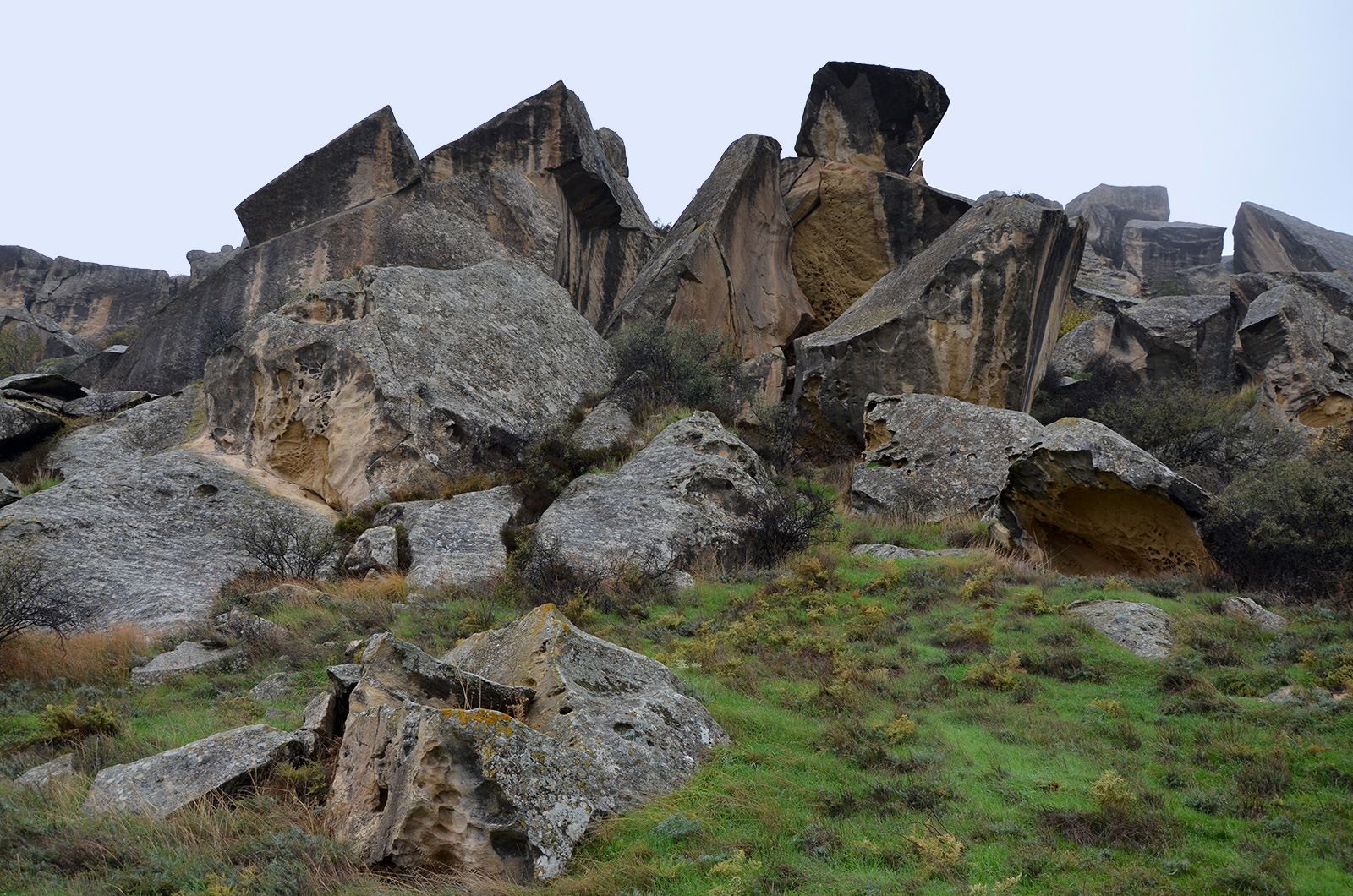 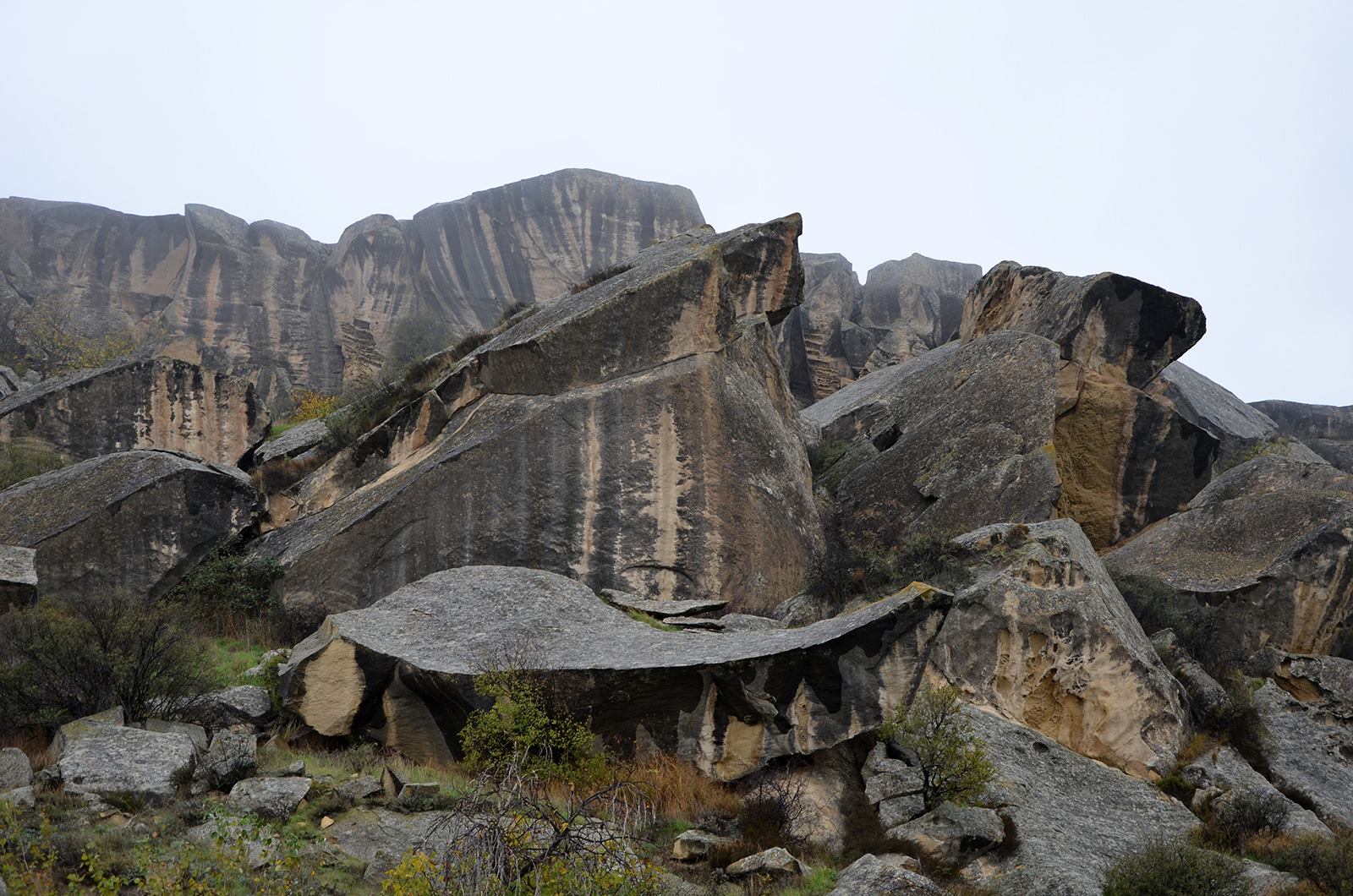 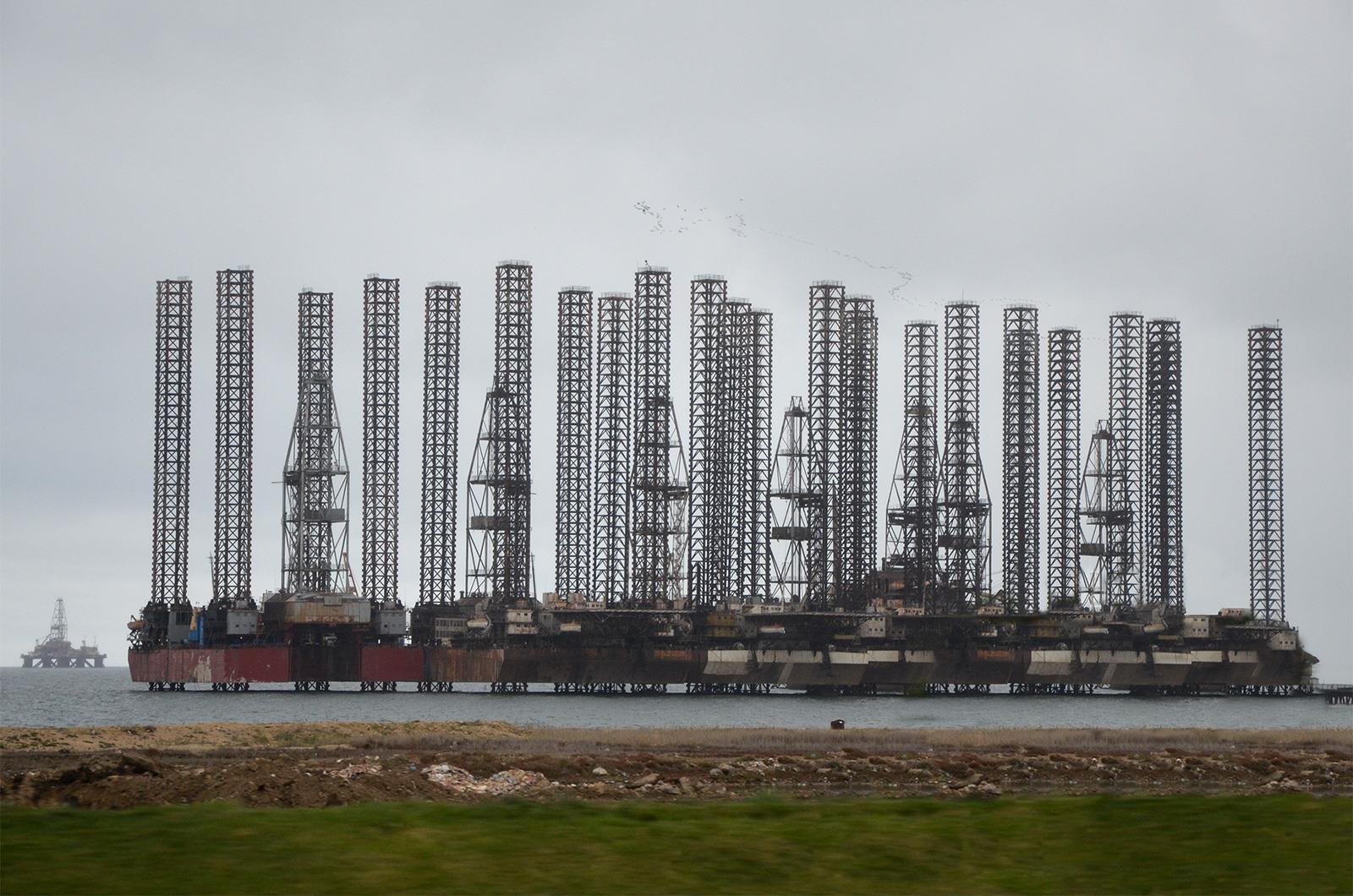 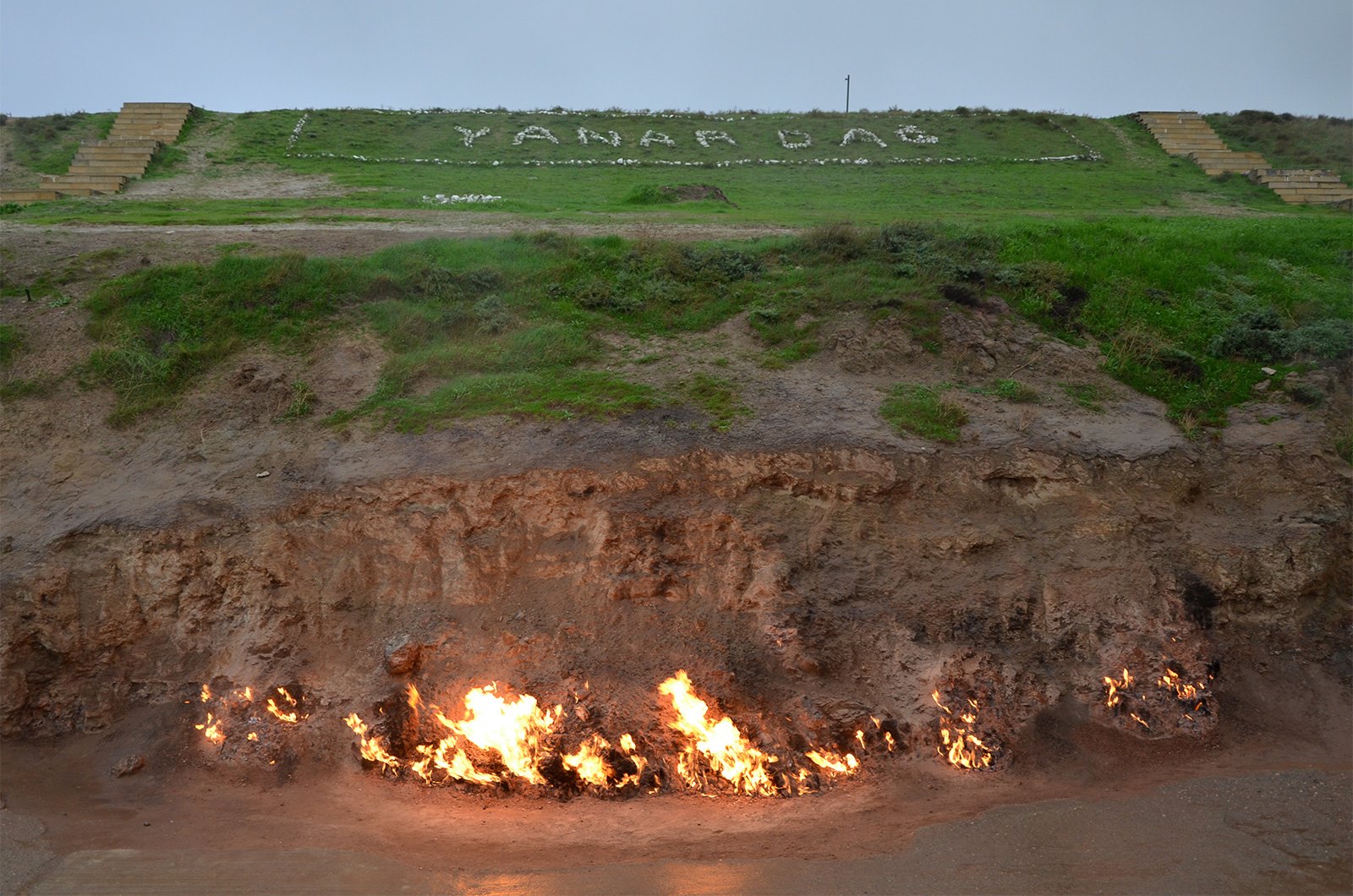